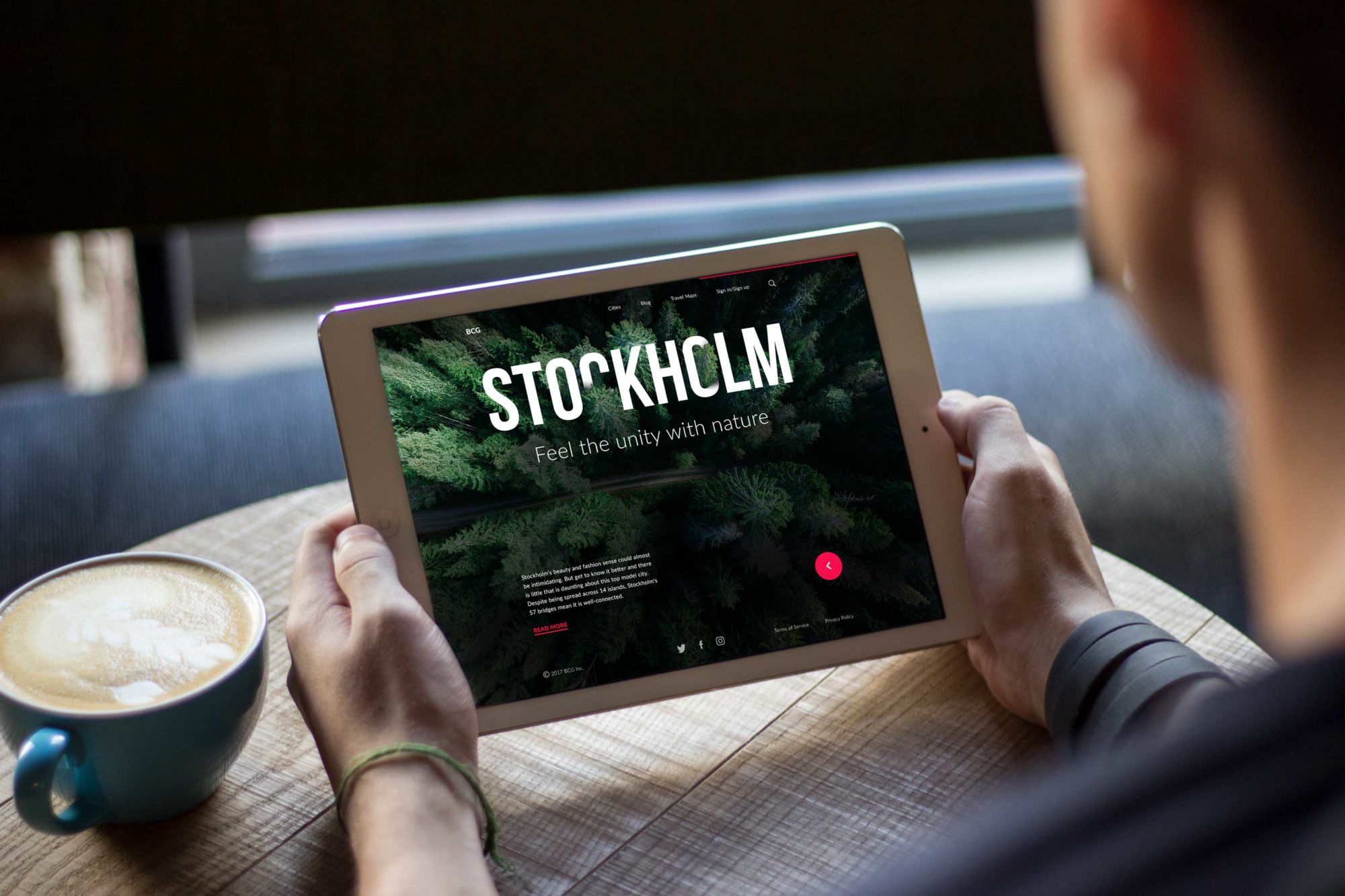 Henry Adams once said: “Chaos was the law of nature and order was the dream of man”. People always favor the order because it makes things more comprehensible. The same works with user interfaces of digital products. When UI elements are organized and structured, people can easily use an app or a website and feel satisfied with a product.

To organize content in UI clearly for users, designers apply a well-known technique called visual hierarchy. Today’s article gives a general insight into the essence of this approach and the tools helping to organize the content properly.

Visual hierarchy is one of the core techniques which are applied to the design process. It is initially based on Gestalt psychological theory which examines users’ visual perception of elements in relation to each other and shows how people tend to unify the visual elements into groups.

Visual hierarchy strives at presenting the content of a product that way so users could comprehend the level of importance for each element. It organizes UI components so that the brain could distinguish the objects on the basis of their physical differences, such as size, color, contrast, style etc.

The visual presentation of UI elements has a great influence on the user experience of a product. If content components look like a mess, people can’t navigate within a product or interact with it properly. Moreover, unstructured copy content has a low level of legibility, so users can’t scan it quickly and they need to make a significant effort to distinguish the data they’ve been looking for. Such bad UX can lead to poor user satisfaction which means a product wouldn’t be much sought-after.

Copy content is a significant part of any UI design. That’s why visual hierarchy often highly depends on typography. Specialists decided to emphasize the importance of copy presentation by creating a separate system of visual hierarchy called typographic hierarchy.

The system aims at organizing copy content in the best way for users’ perception. Designers modify and combine fonts to build the contrast between the most meaningful and prominent copy elements which should be noticed first and ordinary text information. The fonts are modified by regulating sizes, colors, and families as well as their alignment.

Typographic hierarchy includes different elements of copy content which are headlines, subheaders, body copy, call-to-action elements, captions, and some others. To build an effective visual hierarchy, all the elements need to be segmented into different levels. Let’s see what they are.

The primary level. It includes the biggest type like in headlines. The primary level aims at providing users with the core information as well as drawing people’s attention to a product.

The secondary level. This is the type of copy elements which should be easily scanned. They usually involve subheaders and captions which help users quickly navigate through the content.

As the copy content is usually a major source of information in UI, designers need to present the data gradually. By segmenting copy elements into different levels, designers help users easily go from one piece of copy to the other and perceive the information in the right order.

One more thing to mention is that while creating typography for mobile products, designers are recommended to keep the number of layers within two. The thing is that small mobile screens don’t provide enough space for three levels. That is why the elements of a secondary level such as subheaders step aside to make mobile UI look clean. 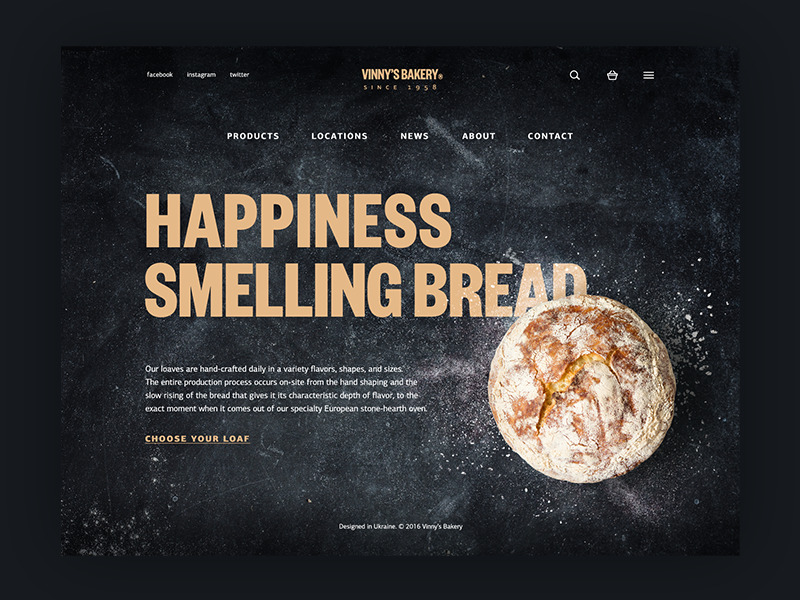 When designers have already chosen all the content components, it’s time to create an order. Let’s find out what helps designers to set the effective visual hierarchy of UI components.

One of the most powerful tools for visual material transformation is size. It is rooted in human’s mind that big things are somehow more important than the small ones. That’s why users’ attention automatically goes first to the large words or big pictures.
Designers need to distinguish the level of significance for each content element and based on this data transform the components into big and small.

In our previous articles, we’ve mentioned that color has a great impact on the users’ perception the reason why it serves as an effective tool for visual hierarchy creation.

Colors have their own hierarchy which is defined by the power of influence on users’ mind. There are bold colors such as red, orange, and black which can easily draw attention. On the other hand, there are weak, or soft, colors like white and cream which work better as the background.

Using the different colors designers can support a slight hierarchy of the UI elements. For example, CTA buttons in bold colors will definitely be the first thing that users see if the other UI elements are created in a softer palette.

Hierarchy is based on contrast itself. One element contrasts with the other and that’s how users can see the differences between the content elements. Contrast can be created via visual differences including size, color, and style. Still, it’s recommended to keep the contrast in balance so that one object wouldn’t completely obscure the others.

There can be many components in a user interface and to make them all noticeable for users’ eyes designers need to give them some private space. Negative space, or white space, is the area between elements in a design composition. Some designers usually don’t think of the white space as a component of design still the experts apply it as a useful tool helping to build an appropriate composition. A right amount of negative space between the elements will help users to notice and perceive each of them to each of them.

As we said above, visual hierarchy is built upon Gestalt principles, so designers pay deep attention to the proximity of UI elements. As people tend to unify the visual elements into groups, UI components need to be placed that way so users could categorize them. If some elements are placed in a certain proximity, users automatically perceive them as a group. Designers can use proximity as a tool which helps to divide the content into subcategories.

If people notice that some elements look similar, they may automatically unify them into one group. That’s how repetition works. Designers repeat some patterns for different objects on purpose so that users could unify them. For example, a website with a great amount of body copy at a page can highlight the most important sentences with another color. Seeing the sentences in this color users can follow from one key point to another.

Visual hierarchy is a foundation of the effective information architecture. When UI elements are structured and organized, people enjoy using a product and it will be more effective in solving their problems. Moreover, powerful visual hierarchy improves the navigation system since people can better orient within a product. Stay tuned and be ready for the next article about visual hierarchy.