Design for Diversity of Cultures: Perception of Colors

Design for Diversity of Cultures: Perception of Colors The article giving insights into the issue of color choice for design projects in the perspective of cultural background and different color associations. 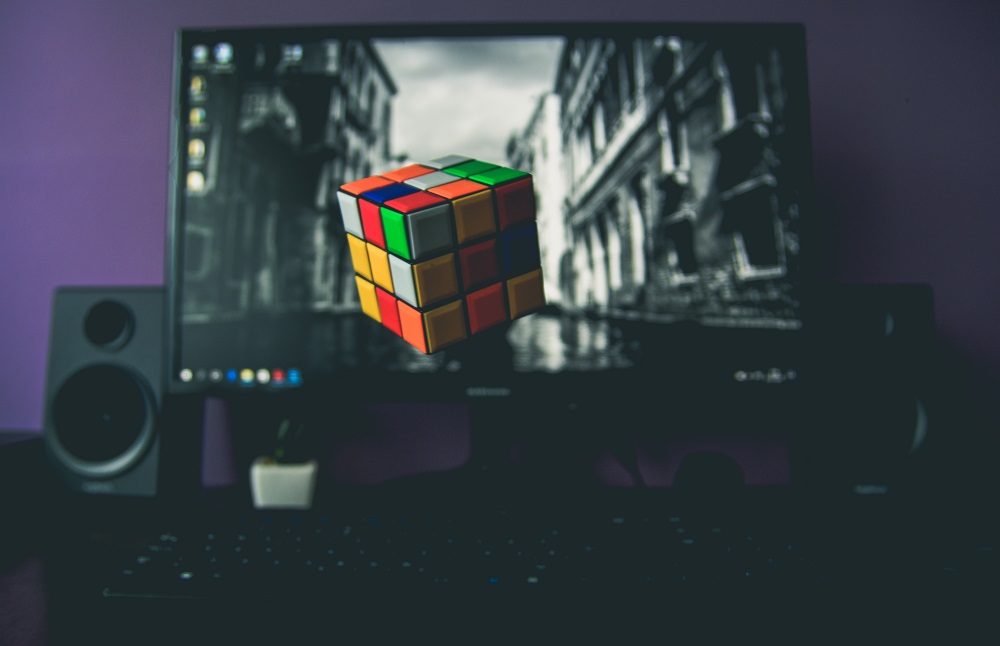 The tendency of user-centered design makes designers reconsider the approach to their work and go deeper into the understanding of the target audience. That’s why designers are recommended to learn some basics of human psychology so that they could comprehend users’ behavior and motivations. One of the branches helping to understand users better is color psychology studying the impact colors make on human mood and behavior. Each color has its meaning and special influence on people. The properly selected colors for the design can put users in the frame of mind that compels them to take action.

The color meaning can vary depending on the culture of the target audience. Moreover, sometimes one color may have absolutely opposite meanings in different countries. This is the reason for designers to acknowledge the specialties of culture’s color perception while creating the design for a foreign country. Today we’ll find out the meaning of basic colors and how they are interpreted in different cultures.

Western culture is widespread around the world including European countries, the USA, and Canada. Many historical events have united these far and different countries into one big culture. The color meaning in Western culture was based on some common traditions and beliefs. 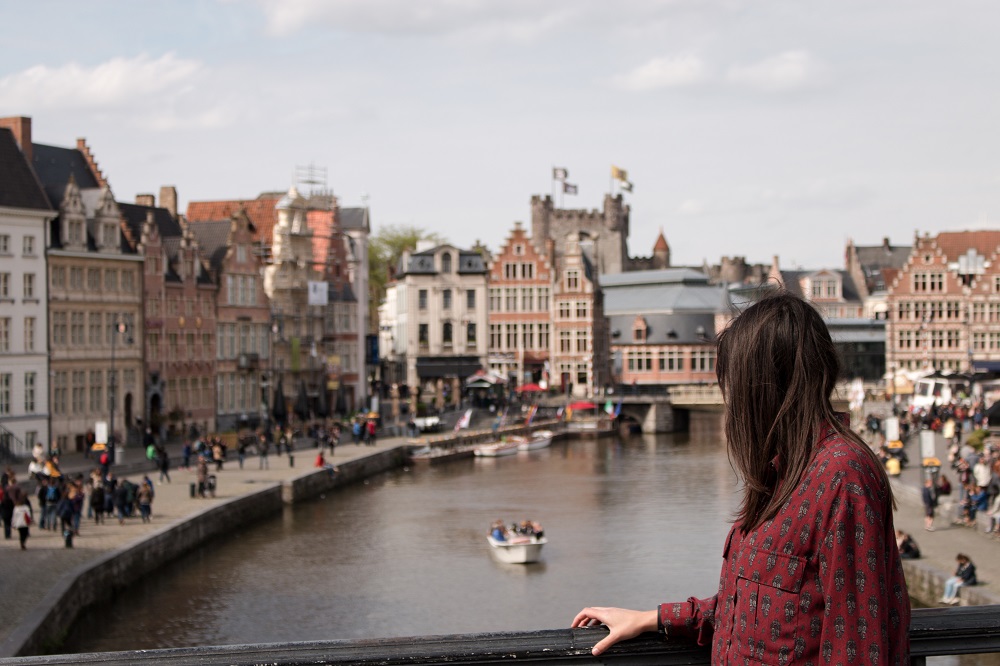 Here is the list of the basic colors and the meanings which they are typically associated with.

Red. The color usually associates with passionate, strong, or aggressive feelings. It symbolizes both good and bad feelings including love, confidence, passion and anger.

Orange. An energetic and warm color bringing the feelings of excitement.

Yellow. This is the color of happiness. It symbolizes the sunlight, joy, and warmth.

Green. The color of nature. It brings calming and renewing feelings. Also, may signify inexperience.

Blue. It often represents some corporate images. It usually shows calm feelings but as a cool color, it also associates with distance and sadness.

Purple. Long associated with royalty and wealth since many kings wore purple clothes. It’s also a color of mystery and magic.

Black. The color has a great number of meanings. It associates with tragedy and death. It signifies a mystery. It can be traditional and modern. Everything depends on how you employ it and which colors go with it.

White. The color means purity and innocence, as well as wholeness and clarity. 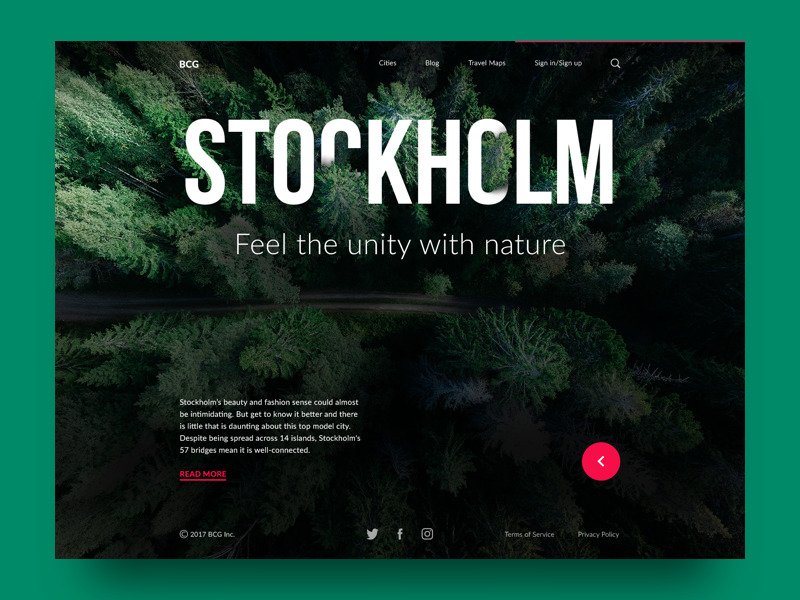 East and West are two opposite points of the world so no wonder that the traditions of these cultures are often contradictory. So, if you are creating the design for the Eastern countries, you need to keep in mind the fact that color meanings aren’t similar to the Western. 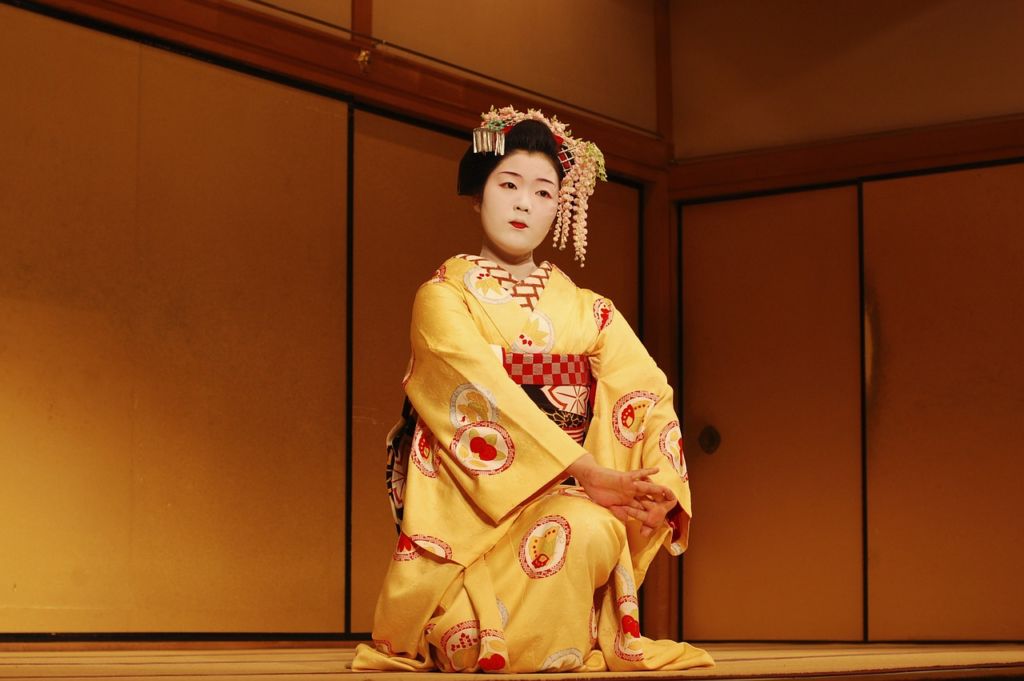 Here is the list of the basic color connotations for the East.

Red. The color is associated with Eastern countries in the first place. Red is thought to be the most positive color bringing happiness and prosperity, so it is often used everywhere in the East.

Orange. It is a positive color as well as the red. In many Eastern countries, orange symbolizes courage and love.

Yellow. It associates with things like being sacred and independent.

Green. The color believed to bring health and eternity (religious).

Blue. In Eastern Culture, it represents wealth and the betterment of self.

Purple. Similar to the West, it is associated with wealth, nobility, and royalty.

China is one of the biggest and ancientest Eastern countries. Its nationality is rich in traditions, myths, and beliefs. There are some peculiarities in the color interpretations in China which designers should consider. 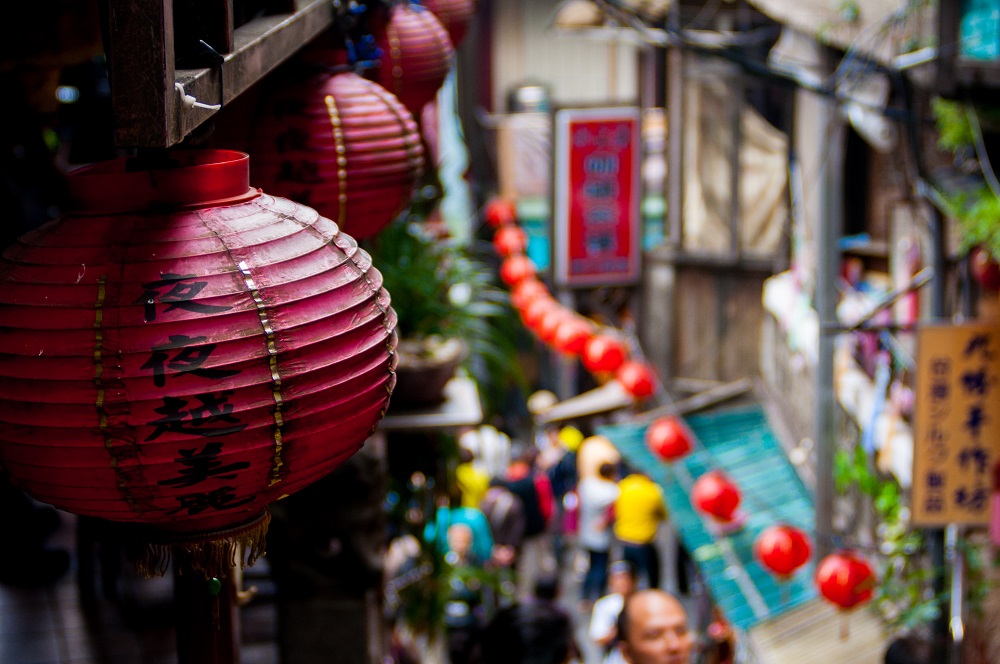 Red. It is a traditional Chinese color. People wear red on the biggest occasions such as the New Year and weddings. Red symbolizes good luck and long life to the people.

Yellow. An interesting fact is that yellow can be associated with vulgarity. When the Chinese say “yellow picture” or “yellow book” discussing types of publications or media, it’s in reference to this type of image and websites.

Blue. While in Western culture it is a masculine color, the Chinese consider blue as feminine.

Black. It is the color of boys in China. Black associates with masculinity. 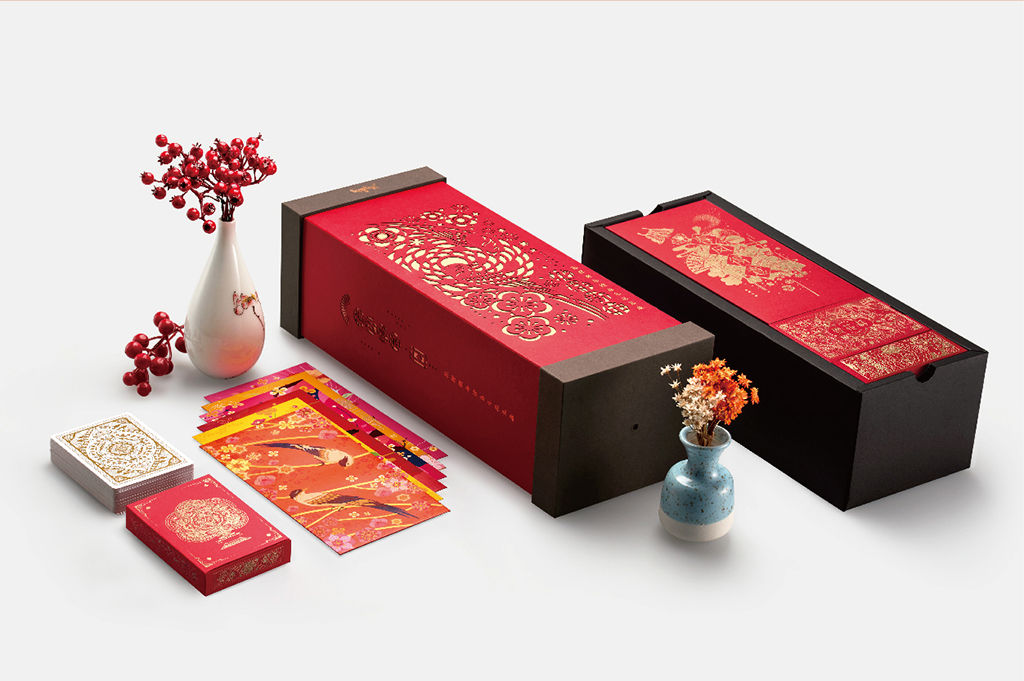 Colors have always played a large part in the Indian culture and have deep significance for people. In Hinduism, colors are often related to certain gods and bring various associations. Proper use of the colors is vital for Indians because they are believed to create the appropriate environment to keep people cheerful. 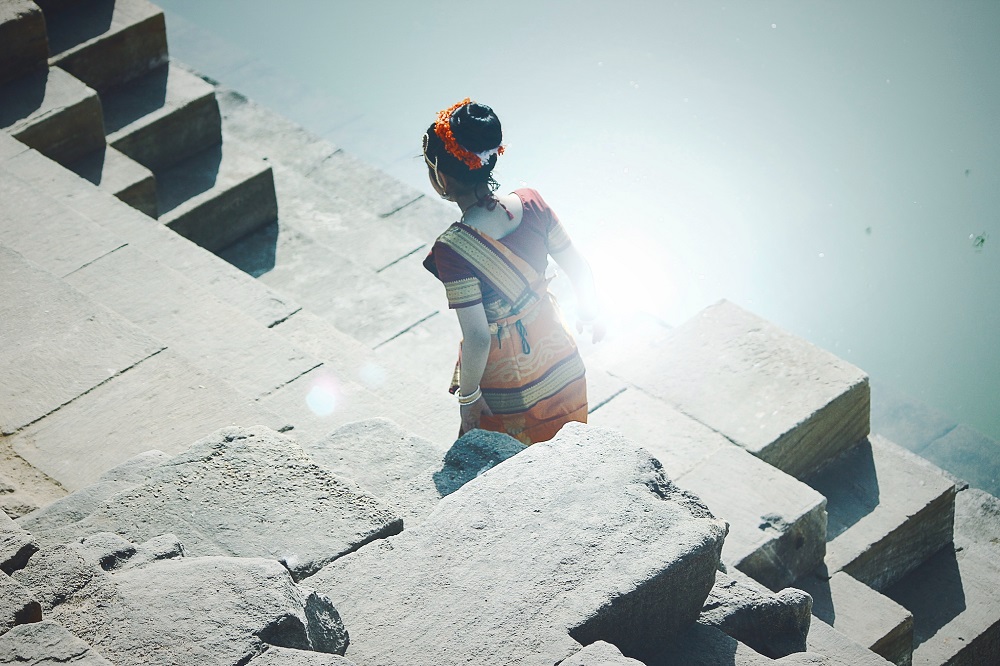 Here are the meanings of colors in India.

Red. It’s the color of purity, so brides wear red clothes. Red is also associated with the goddess Durga who has a red tongue and almost red eyes. In Southern India, the red color stands for violence and disruption.

Orange. Orange is the most common color. Orange represents the “sacral chakra” according to the Hindus belief. The orange also is associated with courage and sacrifice.

Yellow. The color in the Hinduism symbolizes sanctity. Yellow also is connoted as the color of commerce.

Green. In India 30% of the population is Islamic and the green color is respected in Islam. Also, green has the connotation of a new beginning and happiness.

Blue. It is the color of Krishna, a central god in Hinduism. Blue symbolizes strength and is often used by sports teams.

Purple. It is the mix of red and ochre which symbolize wealth and nobility in India.

Black. This color is associated with a lack of desirability, negativity, and inertia.

White. Indians wear white at funerals and it’s the only color widows are allowed to wear. Similar to Western culture, it is the color of peace and purity. 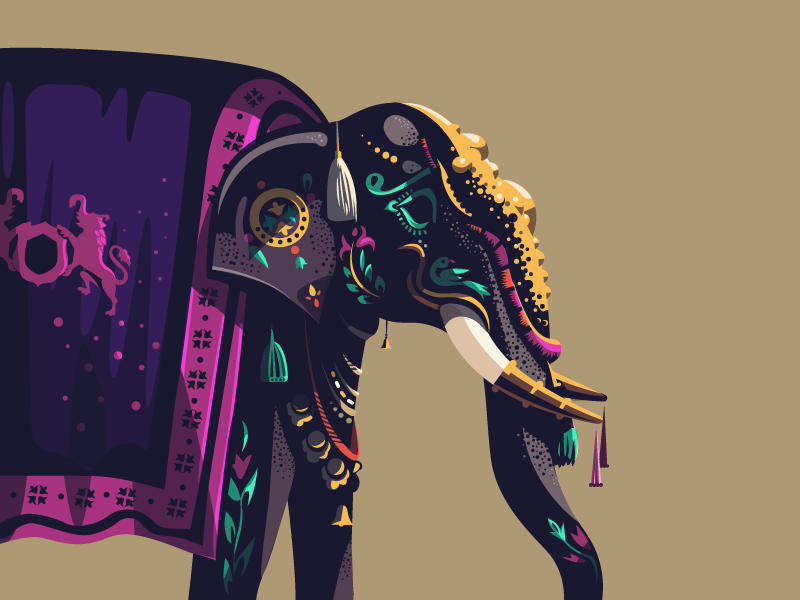 It is thought that Latin America and the USA have a lot in common since they are neighbors. Nevertheless, the only thing uniting these cultures is the word “America” in their names. The ancient civilizations and folks such as Maya and Inca have formed this culture with their myths and knowledge. 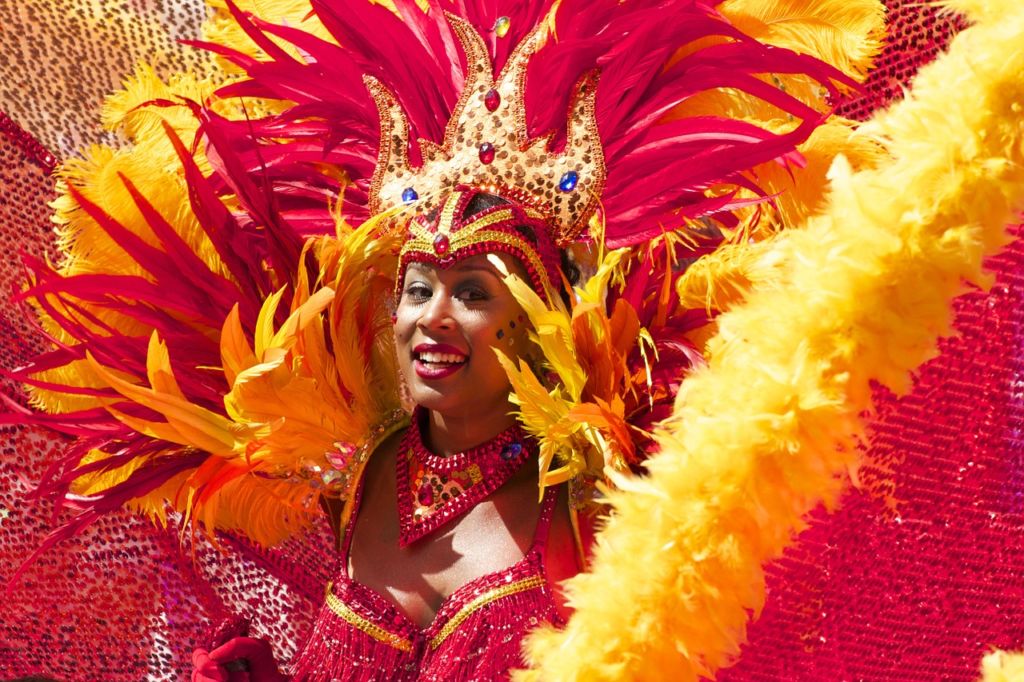 Here is how Latin Americans interpret the colors.

Red. It is often associated with war, especially in combination with black. In Mexico, red is a religious color.

Orange. It is the color of the sun and the earth (because of the reddish-orange ground color in many countries).

Yellow. In many Latin and South American countries, it is associated with mourning.

Green. The color is the symbol of nature, although in some countries it is the color of death.

Blue. For the Catholic population, blue is associated with religion (Virgin Mary’s robe and headscarf were blue). In Mexico, it is the color of trust and serenity, and, in Colombia, blue is the color of the soap.

Purple. In Brazil, purple has connotations of mourning and death.

Black. It’s the color of masculinity and it is often worn by men.

White. Similar to the USA, white means purity and peace. 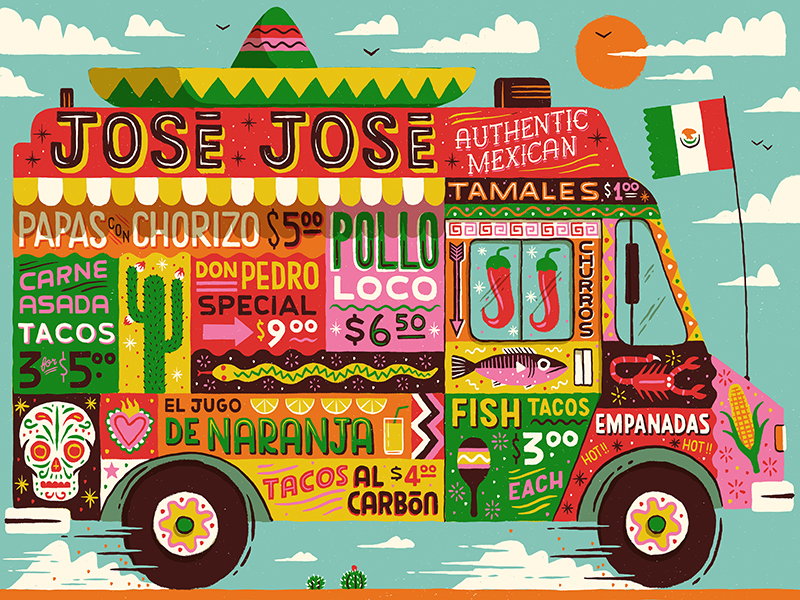 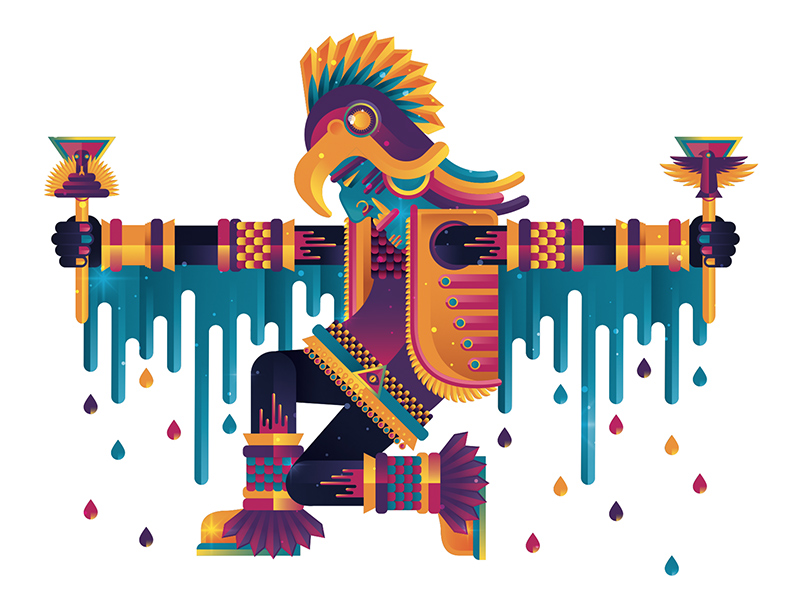 Every culture is unique and has its specialties. So, if you are creating a design for a foreign country, you should learn more about its culture in order to avoid misunderstandings with the target audience.