Design Case Study: Mobile UI for Tracking Application Case study on user interface design for a tracking application. Details of the creative flow for the mobile UI. Business reasons for redesign of the app UI. 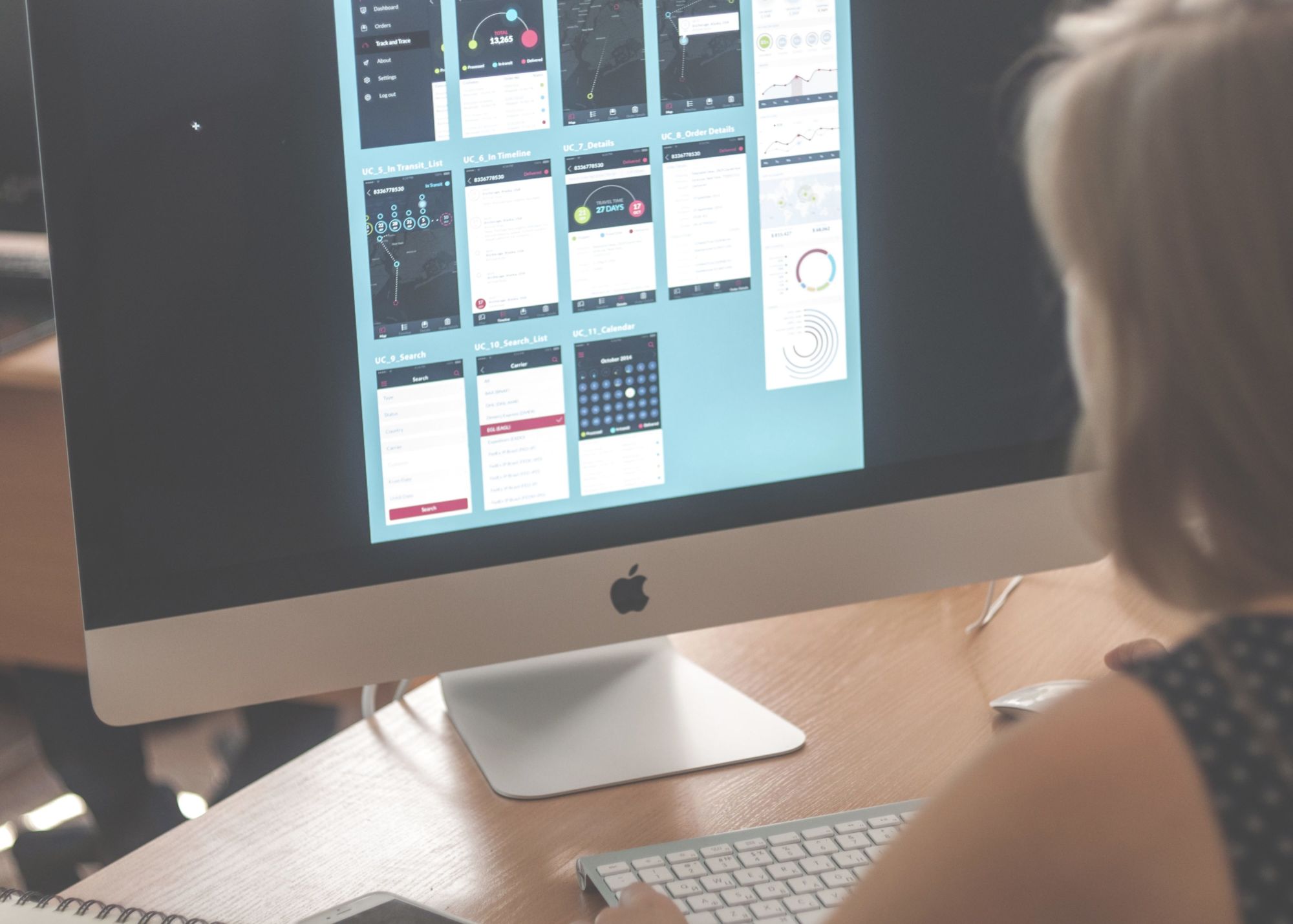 A user interface of a mobile application or a website is the area of design that combines a lot of various spheres of activity, including art, color theory, logic, and analysis. It makes a designer a kind of magician who has to combine the elements of layout in such a way and manner that would make using the app or the website easy, clear, fast, and pleasant. So, no doubt, this job is full of responsibility and demands a lot of knowledge, inspiration, and research from a UI designer.

You could have already read our previous case studies, including the one about UI/UX design. Continuing the set, today Tubik Studio presents the story about creating a user interface for the application aimed to track postal items. It was created by Daria, the designer for Tubik Studio. You could already have seen some parts of the work on the tracking app in Daria’s Dribbble shots, and it is high time now we told you more about the project. 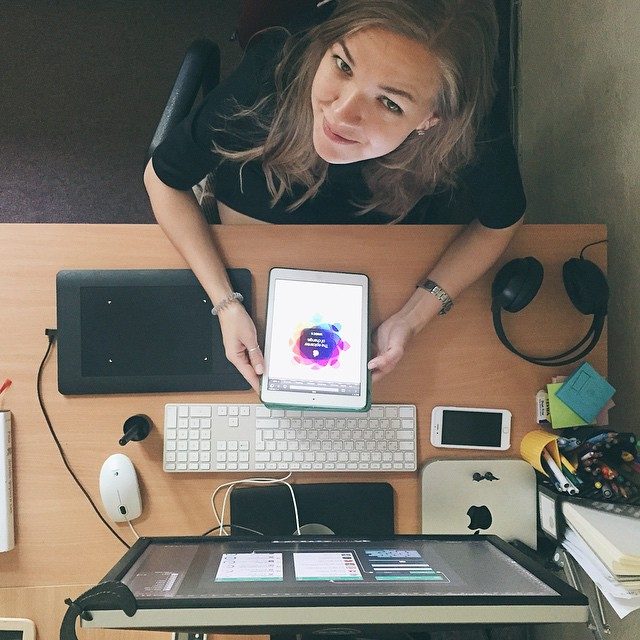 Design of the interface of a mobile tracking application for iOS and its adaptation to iPad.

It is a well-known fact that the more practical and applicable is the site or app, the more clear and easy-to-use it should be. There are some types of applications that are totally specific and their target audience is very narrow, but that was not the case. The tracking app was aimed to be used by the wide target audience with different demographic characteristics, level of education, and abilities in technology. Therefore, this factor had to be considered to create an efficient and bright design of the interface that would have high aesthetic representation but at the same time would not confuse any user.

The assignment didn’t mean creating something out of thin air: the designer was given the concept of the existing design to be based on further changes. The version, existing at the moment, already had rather effective user experience which needed only minimal changes and was practically tested by users. However, the customer wanted a new user interface design which would be even more user-friendly, harmonic, intuitive, and up-to-date. So, the designer needed to consider all those factors from the very start of the design process. 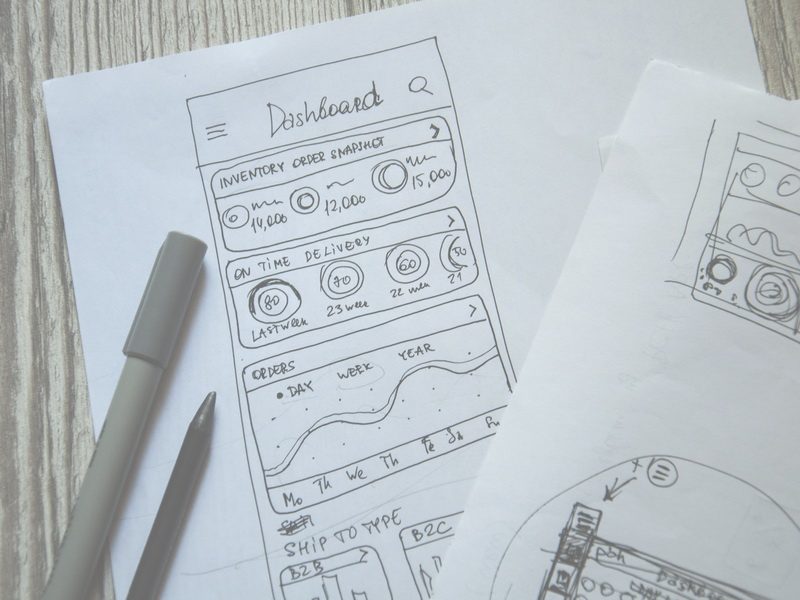 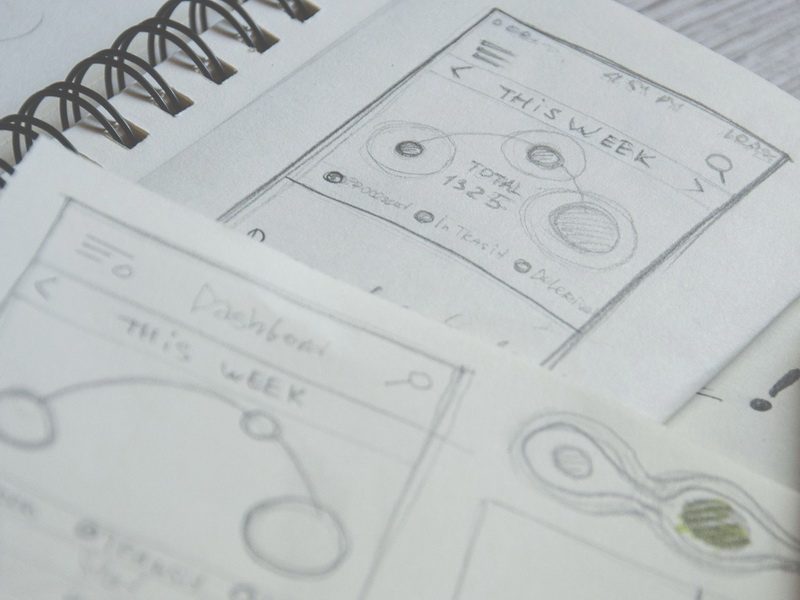 The first stage of the process: creating the wireframes and the general concept of UI 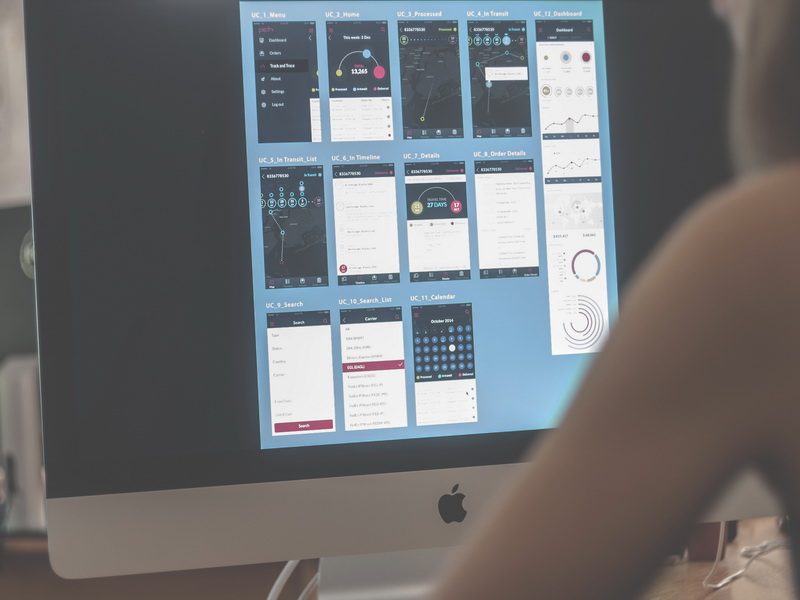 The first conception and stylistic decision for the application presented the version created in a dark color scheme. The designer developed and designed 12 screens of different functionality: 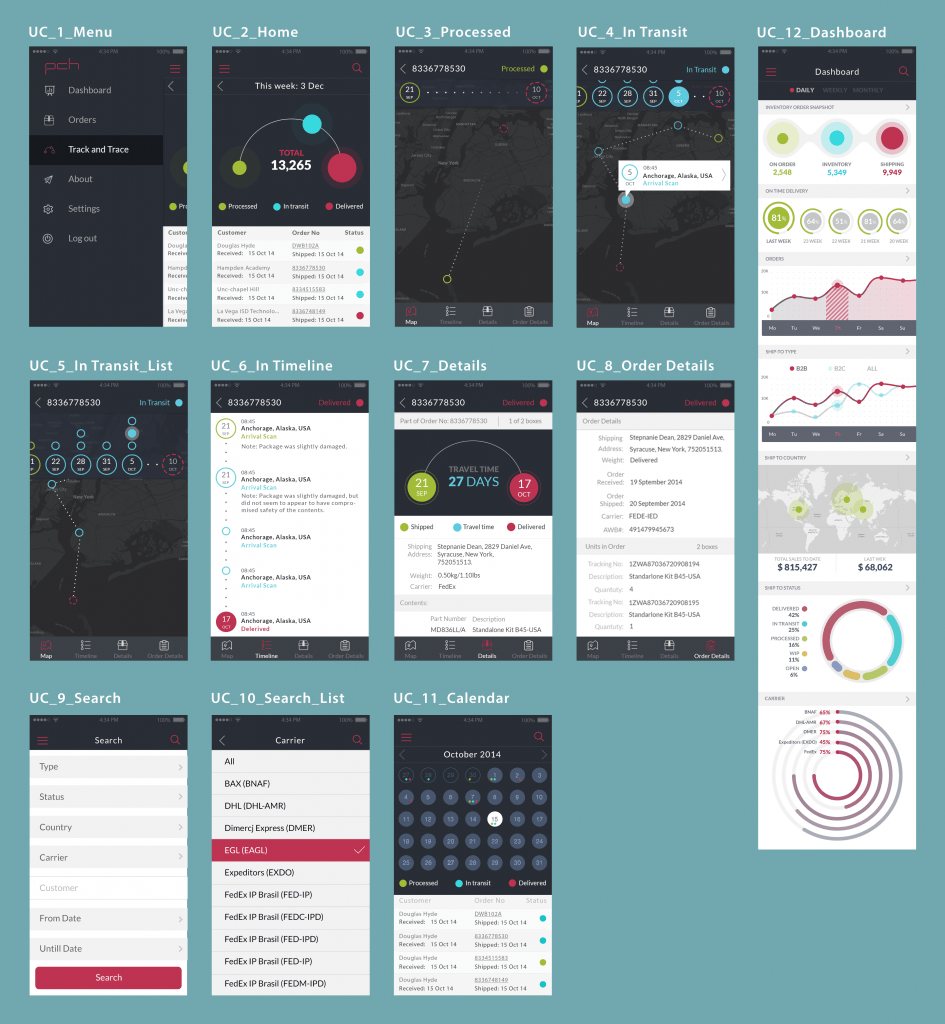 The set of screens for the application

One of the main tasks was to follow the ideas of consistency through color scheme, layout details, and shape selection. Also, for the new user interface, the designer created original icons that corresponded with the general style and were intended to accomplish informative and navigational functions. You can see some of the screens below. 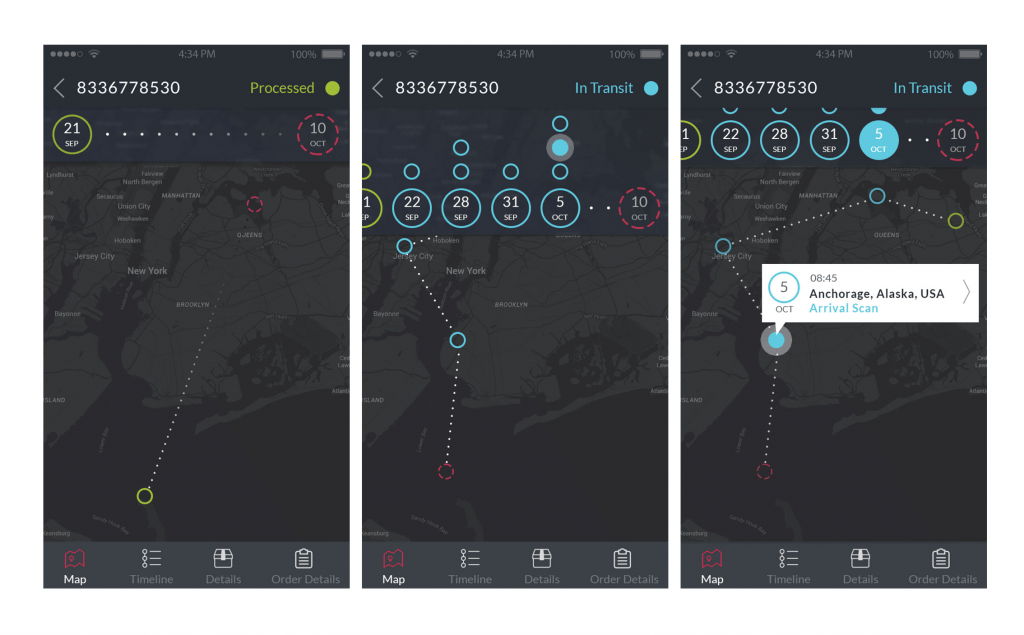 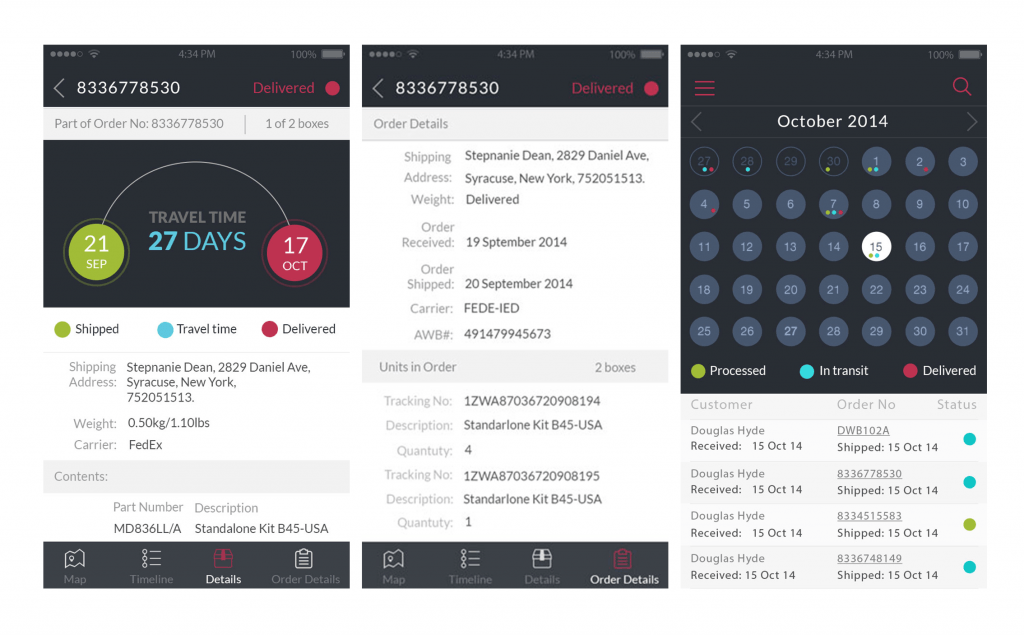 The previous version of the design had a graphic feature which the customer asked to preserve and transfer somehow into the new user interface. The visual expression had had three circles intended to show the percentage of processed items, items being in transit, and delivered items. That feature was saved in the new design although the designer updated them and created a new scheme of their placement on the screens so that they could get more visuality and work even more efficiently. All the ideas and updates were regularly agreed upon with the customer. In this way, there was created the image of a track curve with the circles on it. 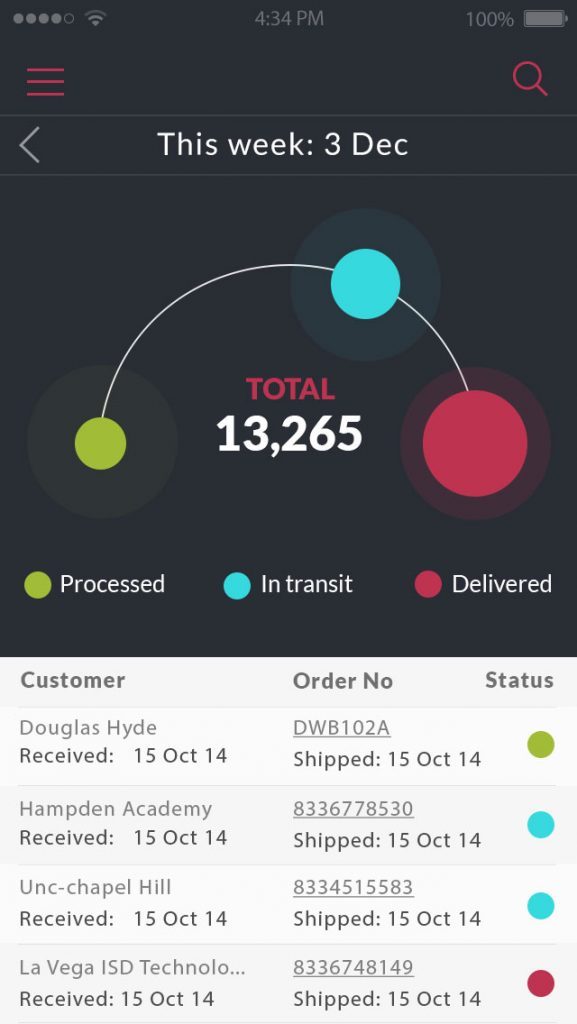 All three circles had the base of the same shape and size made in a light color and the brightly colored zone inside showed the percentage in this parameter. Moreover, there was used one more interesting interface detail: you can see that on this curve the circle representing items in the process is positioned not in the middle but closer to the end of the track. Such placement gives the feeling of positive experience to a user because it makes the items looking like close to their destinations. 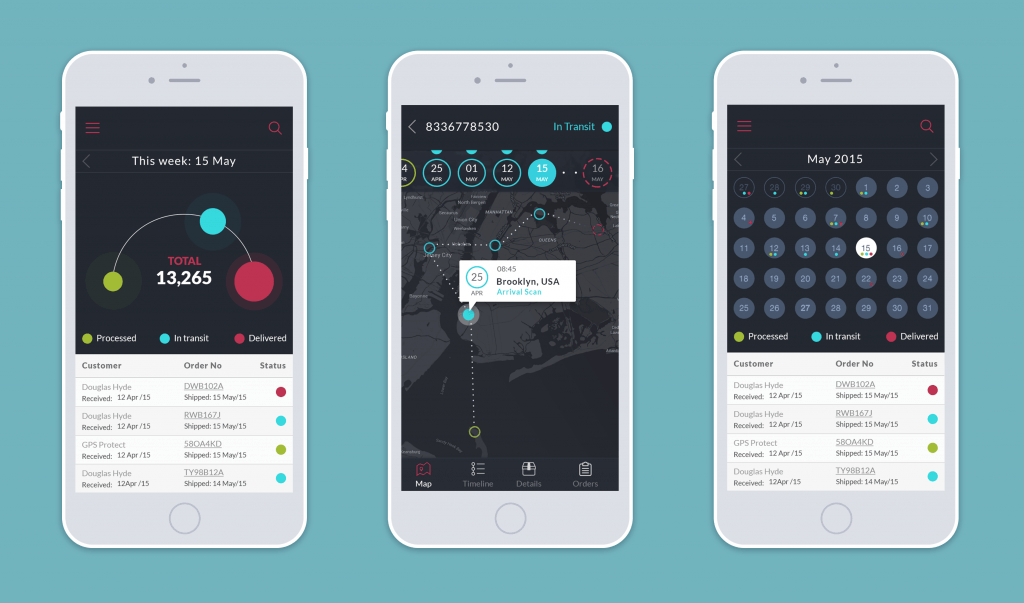 The set of screens featured with the frame of a device

It should be also mentioned that the circles were also featured in the original icon created by the designer for Track and Trace position on the menu. The combination of the main visual element with its expression in the icon was a good way to provide a user with the feeling of consistency and fast visual perception of essential details. 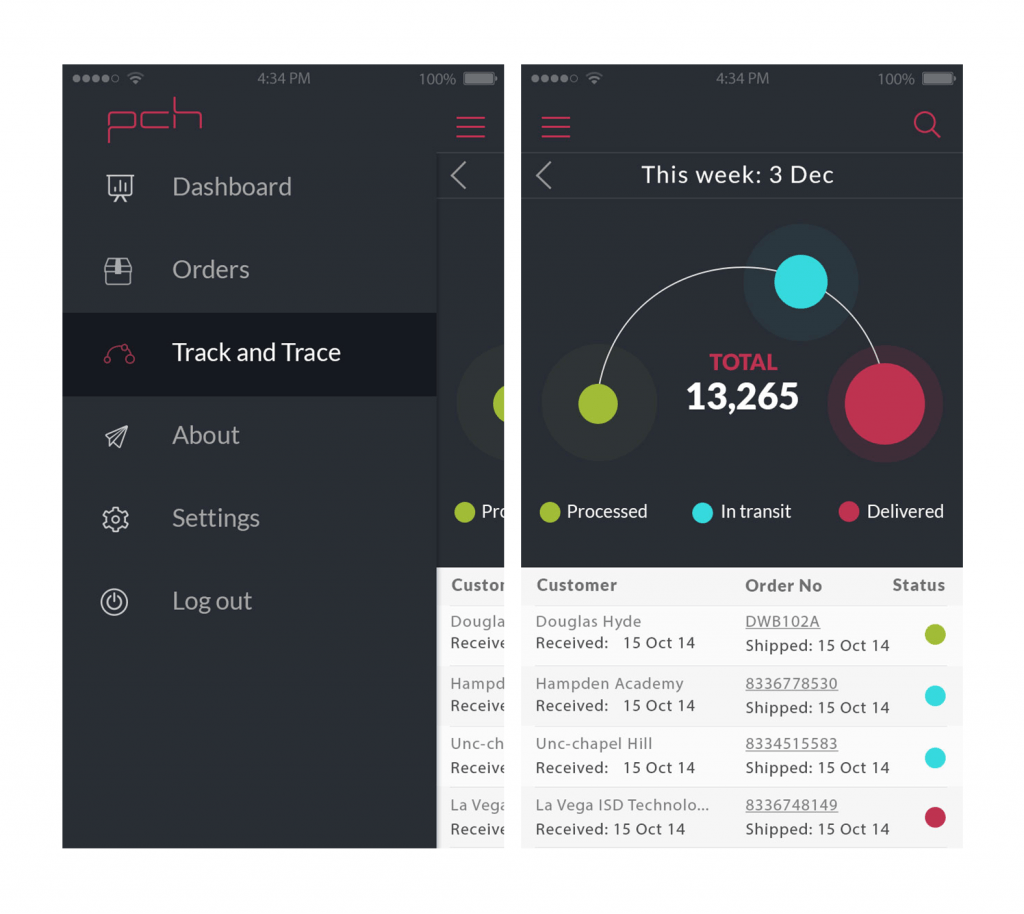 Menu screen and Home screen. The curve with the circles on the Home screen is reflected with the icon in the Menu.

To make the interface of the application functionally interactive and strengthen its usability, the designer animated some elements of the screens. The animation had purely functional goals dealing with the details of navigation to guide a user and make the experience fast, highly informative, and enjoyable.

Animated screens for the application

When the design of all the screens was completed, the customer was really satisfied with the general style, details, shapes, decisions for icons and buttons, animated elements as well as the general layout of the screens. However, at this stage, the customer reconsidered such a basic thing of the design concept as the color scheme. The reason was not hidden in any personal preferences, as both the customer and the designer liked the color palette used for the screens. Nevertheless, the customer felt that the idea of consistency should go further and therefore the application should closely correspond with the website of the company. The color characteristic was chosen to be the main element of such corporative consistency. It was impossible for the customer to fully redesign the site according to new decisions used in applications, that is why, like it or hate it, it had to be made vice versa: the application had to be partly redesigned to correspond with the site.

The site used light coloring that is why the customer asked to change the color of the screens for the application and make them as similar in colors as possible but preserving all the other features, details, and solutions of the interface appearance.

Although the designer liked the dark color solution more, she redesigned all the screens in different color schemes, supporting the customer’s wishes and business aims. 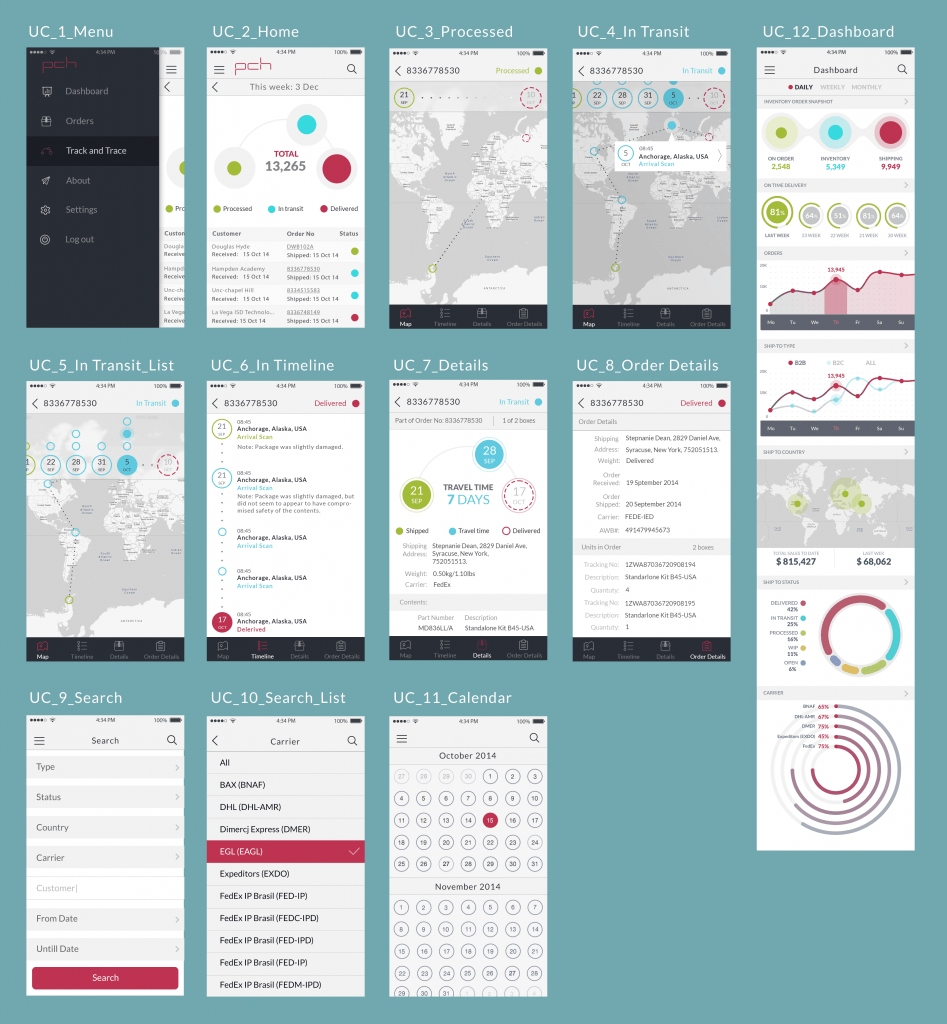 The version redesigned with the light color scheme

Having changed the color scheme, the designer obtained positive feedback from the customer and started the last stage of the work — the adaptation of iOS app design to iPad. All the screens had to be adaptive in two orientations saving main solutions of the interface. Processing sub-menus for adaptation was, probably, the most interesting part of this work. As the screens contained a lot of interactive elements, it took a considerable amount of time and effort to adapt them all to the iPad version with no significant changes so that all the versions of the application were easily recognizable by the user. 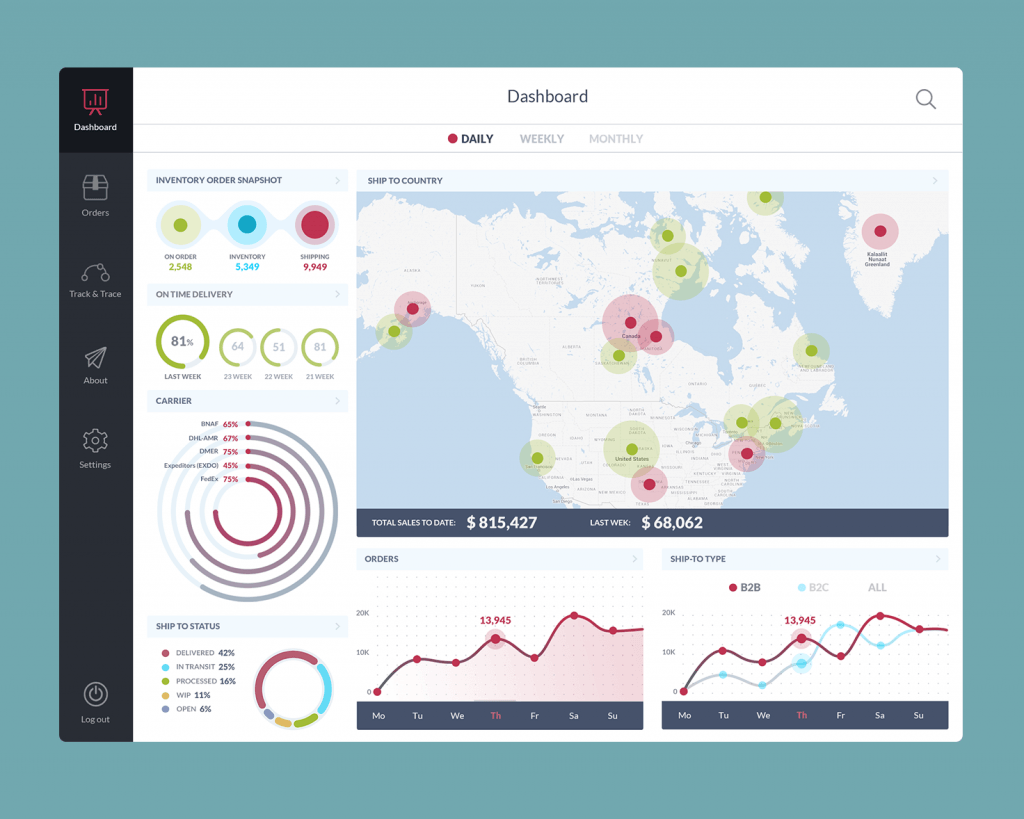 The version of landscape orientation for iPad 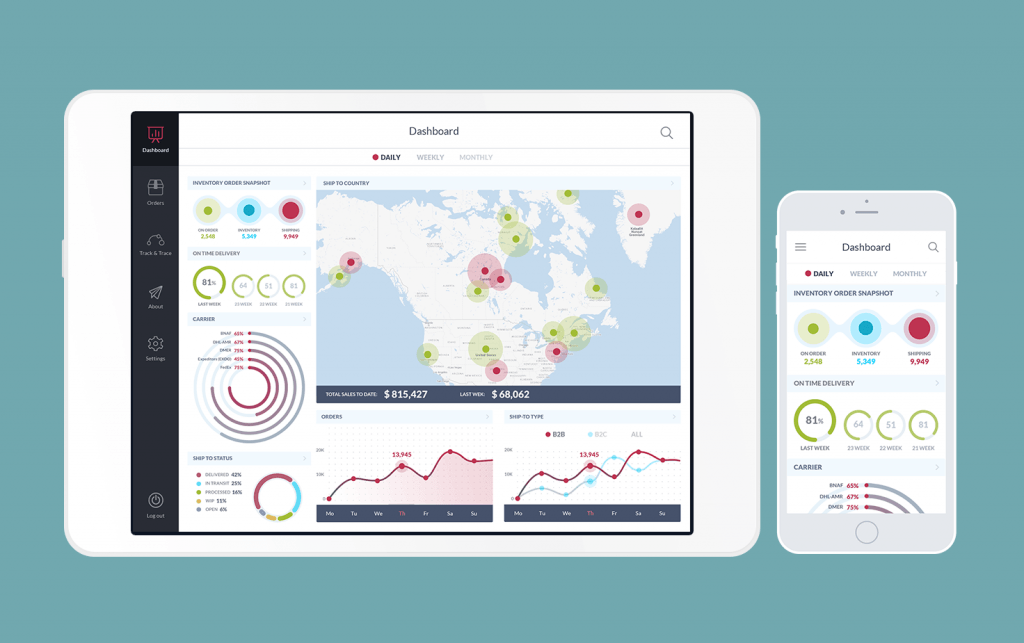 iPad and iOS versions of the application

The projects of this kind provide designers with a great practice of searching efficient solutions so that the application obtained a high level of utility and usability for all the categories of users. 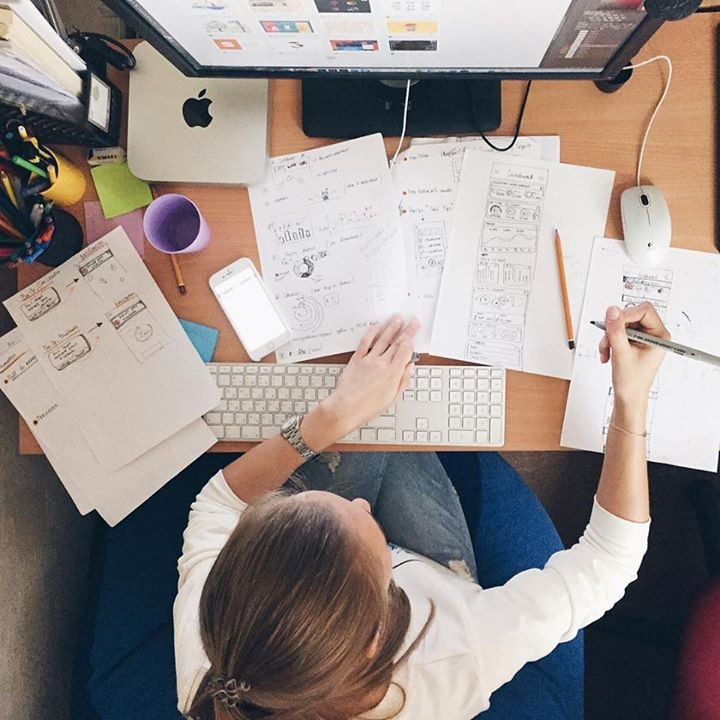 Daria working on wireframes for the project