Helpful Tips on Effective Teamwork in Digital Agency The article reviews the popular problems which can arise in teamwork of designers, developers and managers of a digital agency and offers tips how to avoid them. 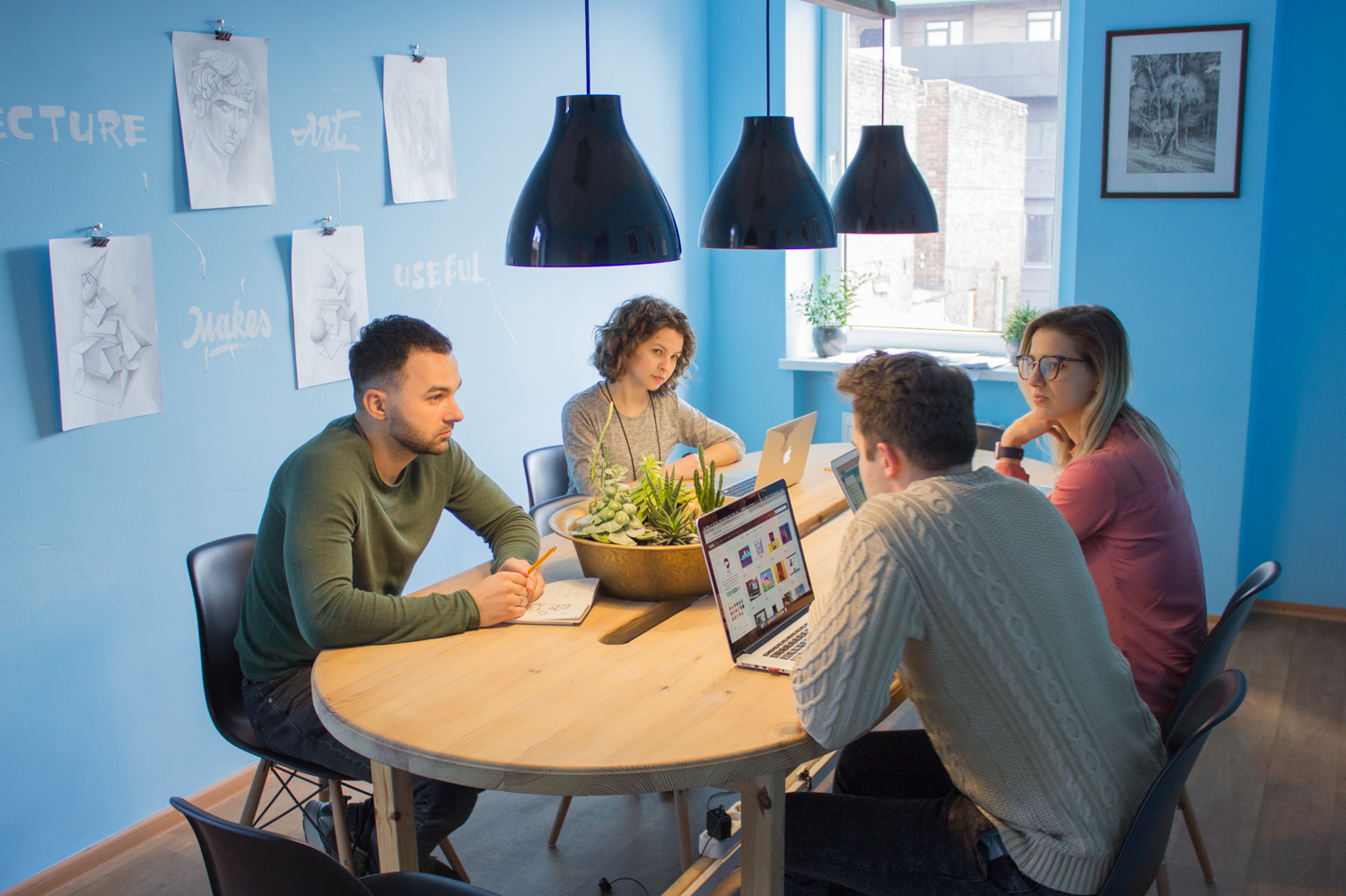 There’s an old saying “Two heads are better than one”. But when there are ten heads it’s called a team and this is when the real workflow begins. Today, the majority of digital agencies include three main departments: designers, developers, and managers. People working in a company know how difficult it may be to collaborate, especially if they are from different departments.

Nevertheless, effective teamwork is the foundation of a successful company, and teammates need to get along with each other to work productively and efficiently. Step by step, Tubik Studio was transformed from a small design agency to a full-service digital company so we’ve experienced the pitfalls appearing on the way of creating a cohesive team. Today’s article highlights the problems occurring in the teamwork and presents useful tips on organization of the effective teamwork in a digital agency. 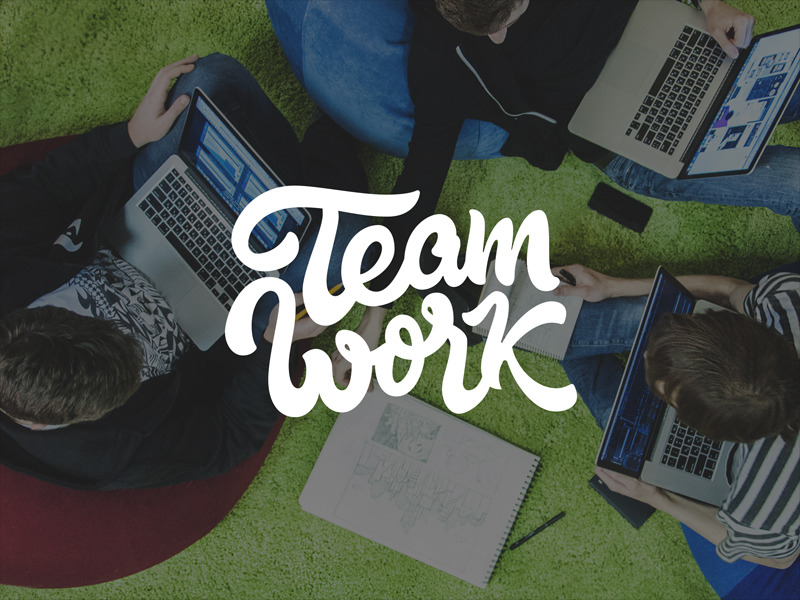 Why is teamwork important for a company?

No matter how many talented workers a company has, it will be hard to build a profitable business if employees don’t work as a team. Teamwork is not only about operating together for one company, it means to collaborate so that you could achieve the company’s goals on its way to success. But what benefits can teamwork bring? Let’s see.

First of all, team members increase the efficiency of their work as well as the general productivity of the company. The amount of work is shared among employees so the tasks are done faster while nobody is overloaded with a ton of work. Moreover, it’s much easier to solve problems if there are colleagues willing to help rather than dealing with them by yourself.

Another benefit of teamwork is that together team members are able to generate more ideas. Brainstorming and task discussions are one of the biggest sources of fresh and unique ideas. The diversity of opinions and creative thoughts make a pleasant environment for idea generation. Furthermore, each team member can share their experience and knowledge so employees constantly learn and develop their professional skills.

In addition, teamwork enhances connections between team members. The efficient interaction within a team contributes to a better understanding of the project details and ensures the quality of the product in all aspects. Besides, informal communication between colleagues increases their effectiveness in the work since some fun and laughter help to reduce stress and fatigue.

How can different departments get along?

Effective teamwork is impossible when the departments can’t get along. Digital agencies have a difficult task – unite extremely different personalities under one roof and even more make them support each other. To achieve this aim, you need to learn deeper about possible pitfalls on the way successful teamwork in a company. Let’s discover common problems that can appear when designers, developers, and managers are working together. 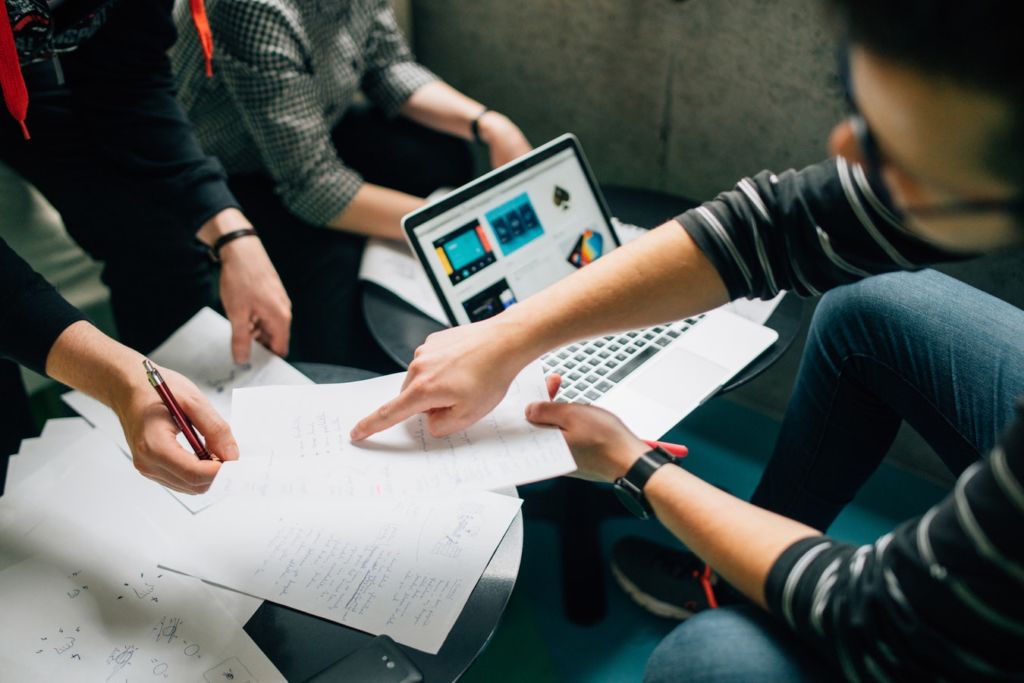 Designers and developers are often seen like cats and dogs bickering all the time which often has a bad influence on the workflow. However, now when most of the digital companies aim at providing full-cycle services, these two opponents are forced to find ways how to understand each other. To find out what causes these confrontations, we’ve distinguished the most common issues occurring in designer-developer relationships.

Developers ignore design principles. Design harmony, visual hierarchy, the balance of design elements play a significant role in a quality digital product. However, it often happens that developers miss some details or change them for some reasons crushing the harmony within the design. Obviously, designers react negatively and ask to correct errors. But the conflict starts when developers say “What’s the big deal?”. It actually is the big deal and designers need to explain why rather than arguing.

Designers don’t understand anything about HTML CSS. Of course, designers are not developers and they don’t have to know how to program but the basic knowledge of the web and how it works is essential. Design created without knowing web principles can be too difficult to actualize in a real life and it’s not about developers’ skills. To avoid such an unpleasant situation, designers are recommended to learn the basics of CSS, or Cascading Style Sheets, a language that defines a layout of HTML.

Developers make the design look different than designers expect. Every designer must have been in a situation when the developer shows the coded version of the design and it looks like anything but the one that designer meant. Different colors, unnecessary white spacings, or even different fonts can make designers get angry with the developers but it’s not always their fault. Many designers do not consider the fact that colors may look different on Mac and the whole picture can be changed on the different browsers.

Designers estimate their work time wrong. Time estimation is a painful question for everyone who’s paid hourly. When you work in a team, it’s getting worse because the other departments depend on you. Sometimes, designers underestimate the time they need to accomplish their part of work and the development team is forced to push hard so that they could meet the deadlines. Certainly, it can’t be a good thing for the relationships between designers and developers. However, programmers need to take into account the fact that the design process heavily depends on creative aspects and inspiration presence, so it makes time estimation more difficult for designers. 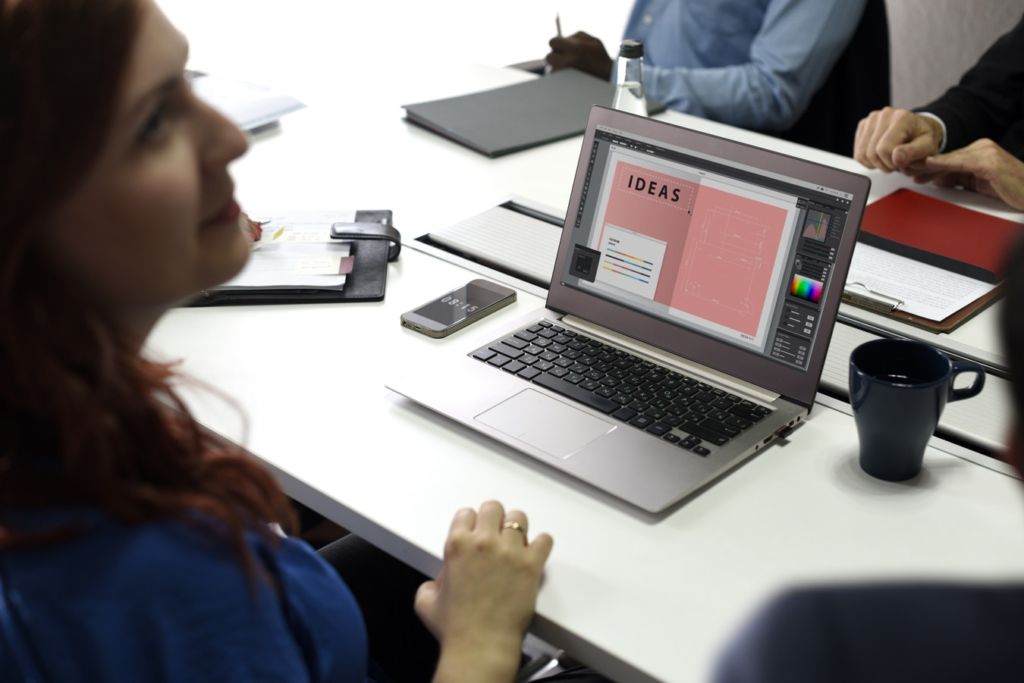 Designers and Developers vs Managers

One thing that designers and developers undoubtedly have in common is their confrontations with managers. When it comes to the “managing time”, programmers and designers can forget about their issues and create a coalition against the manager. But what are the problems? Here they are.

Designers and developers don’t stick to the deadlines. Managers are responsible for delivering the product to the client on time. And when the product team is late and can’t meet deadlines, the blame goes to the managers. Still, in this situation, the fault lays on oth sides because managers couldn’t organize the team properly at the start while the team was too irresponsible.

Managers are too demanding. Sometimes there come clients with a project that can be done for two weeks and they say “I need it to be done in three days, no longer”. Managers take the risk of agreeing and ask the team for the impossible. This may happen when the managers don’t understand the peculiarities of the design and programming process and underestimate its complexity.

No one takes responsibility for the failure. People can’t live a life without failures, and of course, digital companies also have bad days. There always will be the clients who will abandon their project and pay no money to the agency. This is when the team starts to blame each other and no one takes any responsibilities. However, it’s a common problem which companies face from time to time and that it’s not a reason to fight. The team needs to accept the failure and learn from the mistakes. 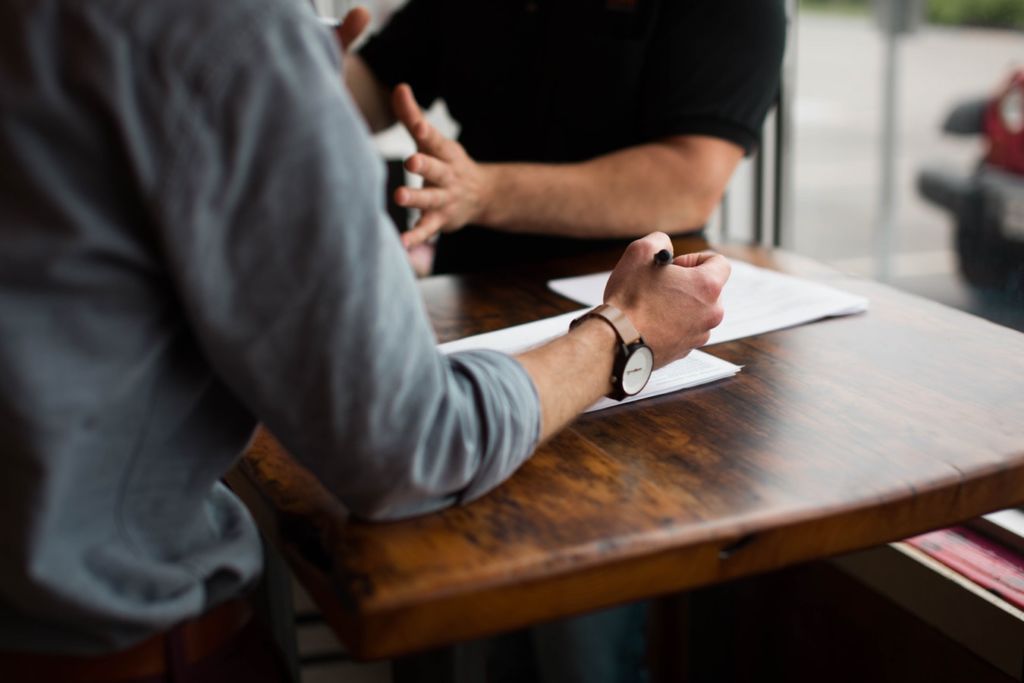 Difficulties exist so that we could overcome them. Today there are many great digital agencies showing that effective teamwork is possible. Discovering their secrets, we’ve conducted the research on the efficient tips about teamwork and created a list completed with some advice from Tubik experience.

Constant communication. To collaborate and understand each other, team members need to communicate. If the team works on the project, every department should know how things are going. Designers should involve development team on the very first steps explaining their choices. And the development team needs to advise designers on the aspects of realization.

Learn the craft of the others. Misunderstandings are often the result of ignorance. Designers don’t know about CSS, developers are not aware of design principles and managers know only about management. It’s the worst scenario for the team. If each department learns the basics of the craft of the other departments, they will understand each other.

Managers can help. Both design and development teams need to understand that manager is a major link connecting them to the client. Managers know the product team as well as the customers, the reason why they can organize the work in the best way.

Respect. It may sound too obvious still many of us underestimate someone else’s job putting our job as the biggest. We need to keep in mind that all the parts of the work are vital and the proper combination of them gives the desired outcome.

Use the technology to your advance. Modern technology makes our life easier in many aspects and teamwork is not an exception. To make collaboration and communication more productive, team members can use cloud-based platforms such as Slack to communicate faster. Moreover, using tools like Sketch and Zeplin can significantly improve designer-developer relationships because they make the process of assets exchange much easier and faster.

Learn the trends. If you’re a designer, it doesn’t mean you need to follow only the design news. Read about the web and programming trends and you will find more topics to discuss with the programmers, or even you’ll together come up with the new idea. The same refers to developers.

Informal communication. If you want to know the colleague, you need to communicate not only in the office but also somewhere outside. When you learn the personalities, you may be able to collaborate at work more effectively. Besides, a friendly atmosphere reduces stress and improves the productivity of the whole team. 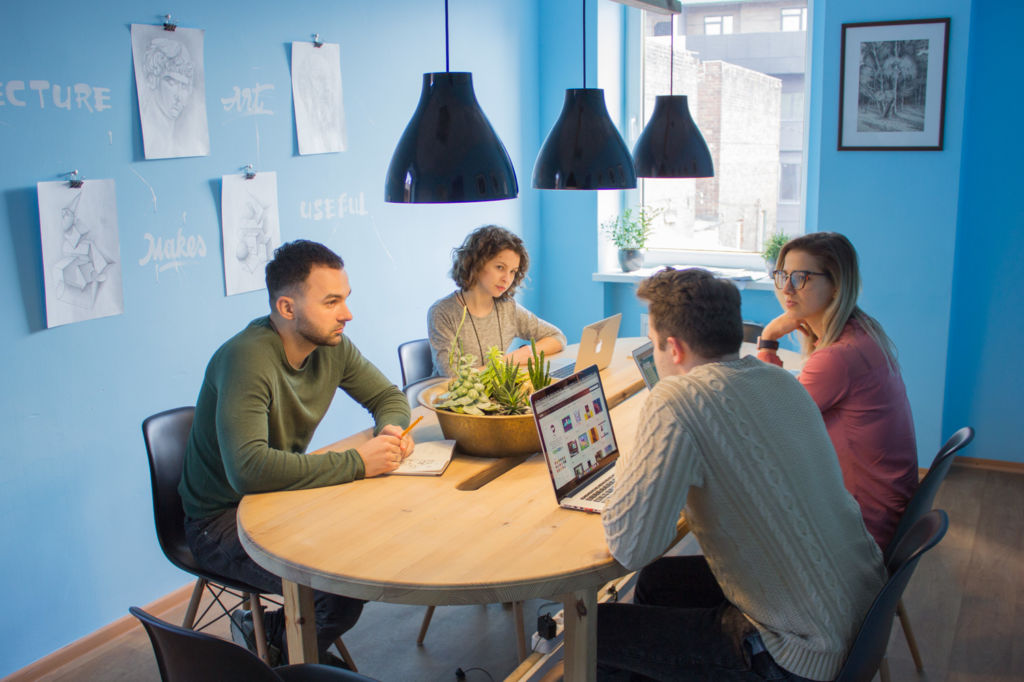 Today the summing will be short: working together people can move mountains. So, the effective teamwork leads straight to the success. Stay tuned!