Halloween is an opportunity to be really creative. Judy Gold

Although Halloween is definitely not aimed to be the most positive celebration comparing to other holidays, still its popularity is amazingly wide and spread all over the world. Today even the countries far from the historic background, which brought Halloween and its traditions to the list of holidays, are keen to take the best from the day. And also it’s not a secret that Halloween has a great impact on business: the only fact stated by history.com and mentioning that one quarter of all the candy sold annually in the U.S. is purchased for Halloween looks really persuasive.

Halloween has also grown into the great source of inspiration for designers who try themselves in various styles, techniques and materials working over new concepts devoted for the holiday: perhaps, there is no design direction that would avoid participating in this movement. Posters, costumes, home decor, invitations and cards, toys and packaging, food decor, illustration, digital art for websites and applications – everything applies powerful creative force fighting for users and buyers attention. And in this process sometimes great art works with immediate wow-effect are created. No wonder that the week before this bright celebration, D4U Inspiration post will be fully devoted to the theme: today we offer you the extensive set of diverse artworks with bright and ominous Halloween spirit! 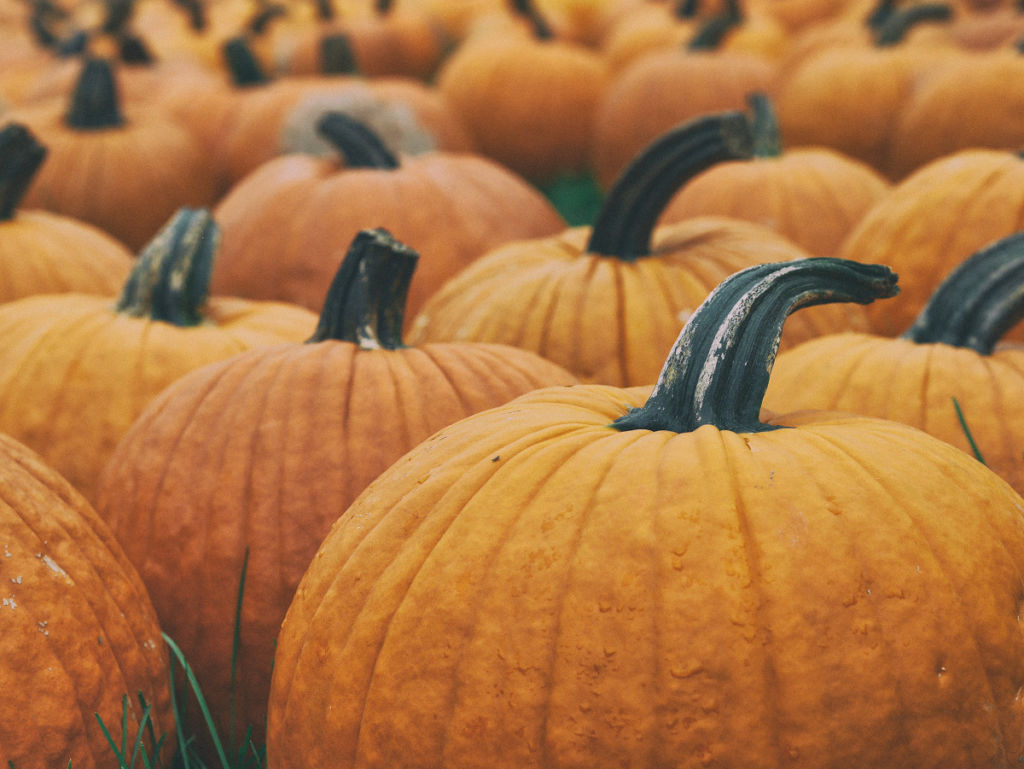 A bit of history won’t do harm to get deeper into details surrounding this famous holiday and preserving people’s beliefs and traditions.

Roots of the custom to celebrate Halloween are hidden in ancient Celtic festival Samhain (pronounced sow-in) and it marked the beginning of New Year which Celts started from 1 November. The day celebrated the crossroads between the summer ended with harvest and start of the winter with its gloomy cold mood. There was a strong belief that the night between old and new year pushes the boundaries between the world of live and the world of dead. So, Samhain was celebrated as the day when ghosts can come to people while Druids can get their support and predict the future. The day was full of bonfires, sacrifices, specially made costumes and the like. Later, along the line of historic changes and cultural interactions, the tradition mixed with the customs of Roman Empire to commemorate the dead at that time of the year and honoring Pomona, the goddess of fruit and trees.

The holiday went through multiple transformations and found its followers in different countries, still America became perhaps the most fruitful ground for it to get deeper roots. High diversity of cultural background of the immigrants from many countries coming to the New World added new features and interesting points making Halloween celebration even brighter through history. Now this is the time when lots of children and adults are open to the mysteries and fun, bright emotions spiced with little pinch of horror.

Certainly, this day is still linked to numerous superstitions that strongly support its mysterious and scary image. People often leave spare places and dishes on the festive table for their dead relatives that could visit them. Black cats are avoided with specially high attention this day due to ancient beliefs of their connections to witches and spirits. People born this day are believed to have superpowers and forseeing abilities. Anyway, whether people really believe these superstitions or just take another chance of celebrating bright moments of life, Halloween becomes a great part of modern culture and annually ignites designers and artists to present the world new and new pieces of creativity. Today Halloween motifs are featured at everything that felt designer’s touch, from traditional illustrations, posters and cards to digital art for computer games and user interfaces. Many samples of design for Halloween show the childish style and nature, as children are directly involved in the process, especially via “treat-or-trick” tradition.

So, let’s look at the variety of visual artworks grounded on the ancient traditions mixed with innovative forms and design techniques and catch some spooky and mystic vibes. 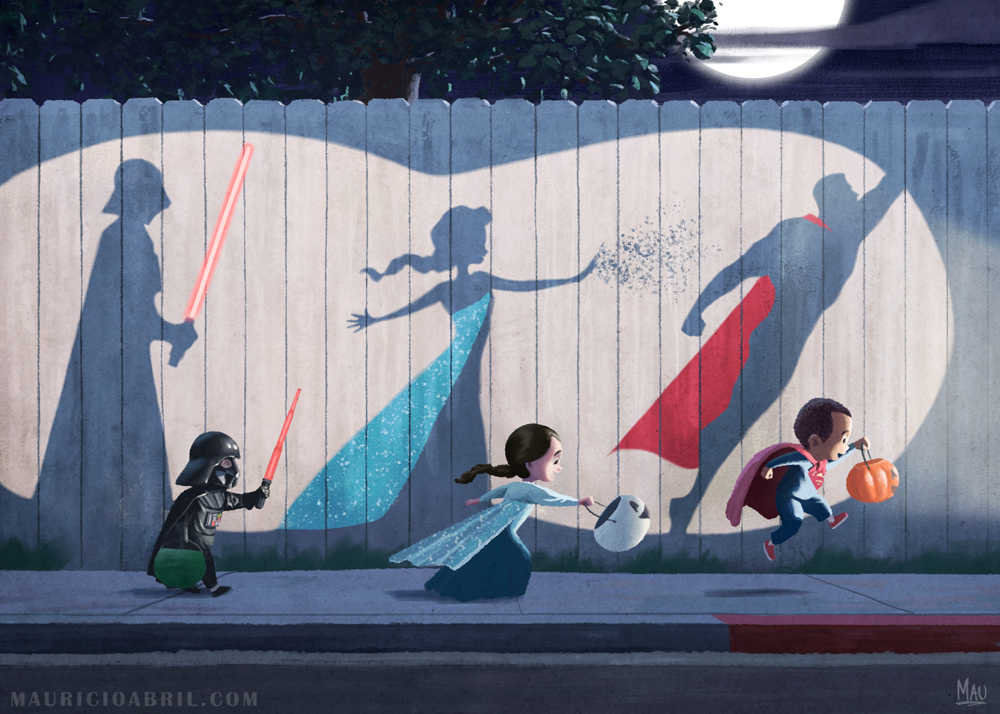 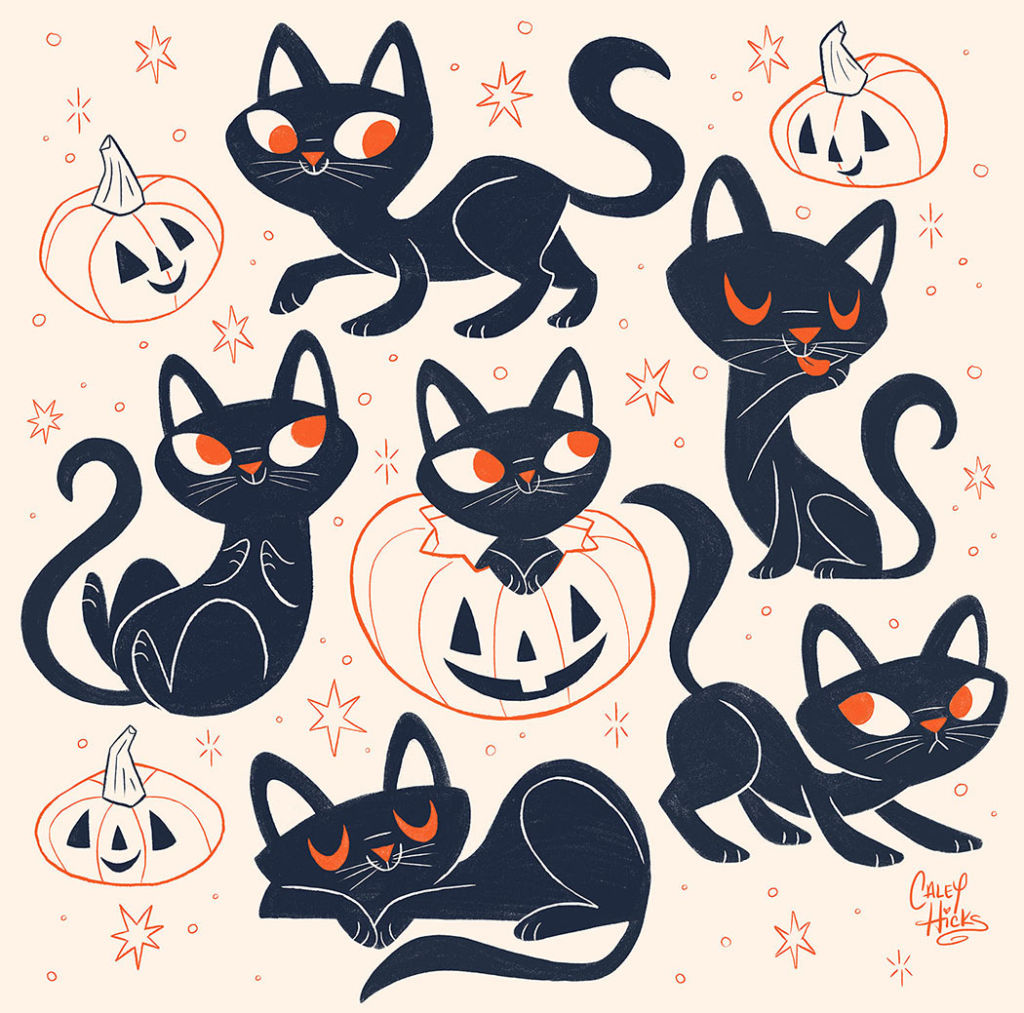 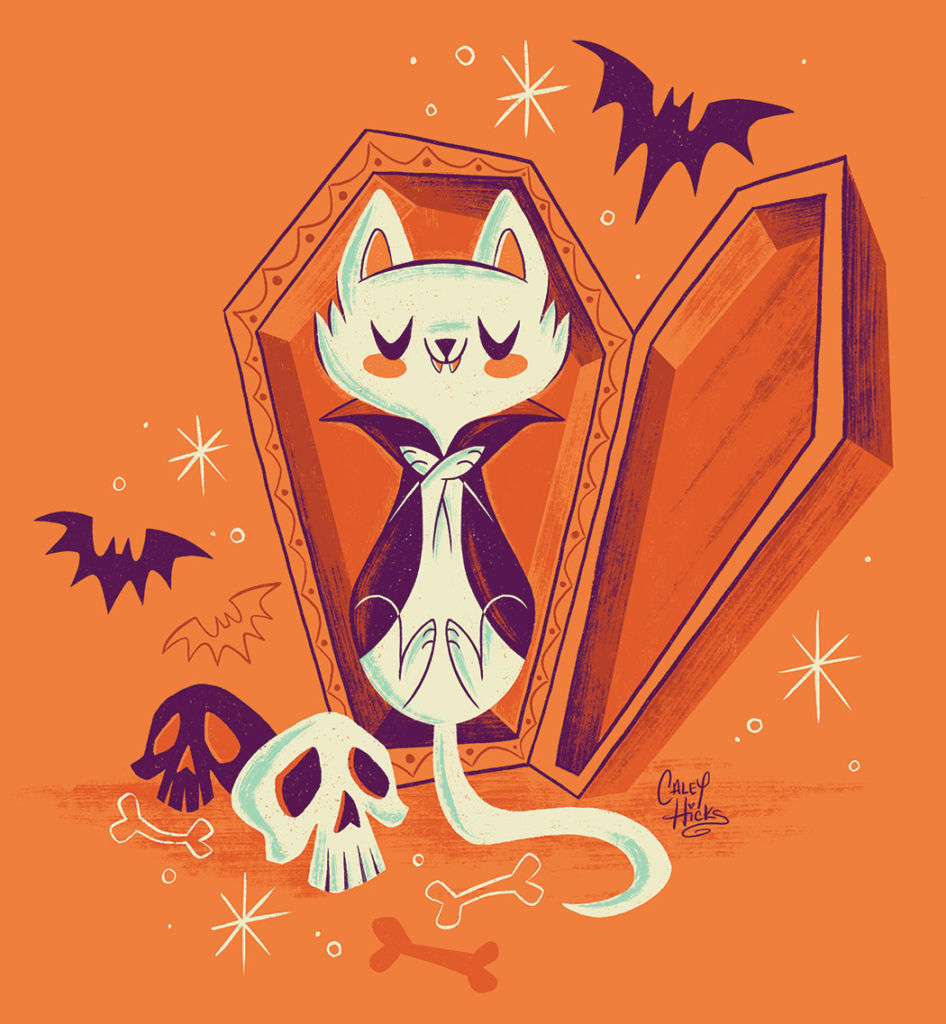 By Alexey Tikhonov and Natalia Plotnikova 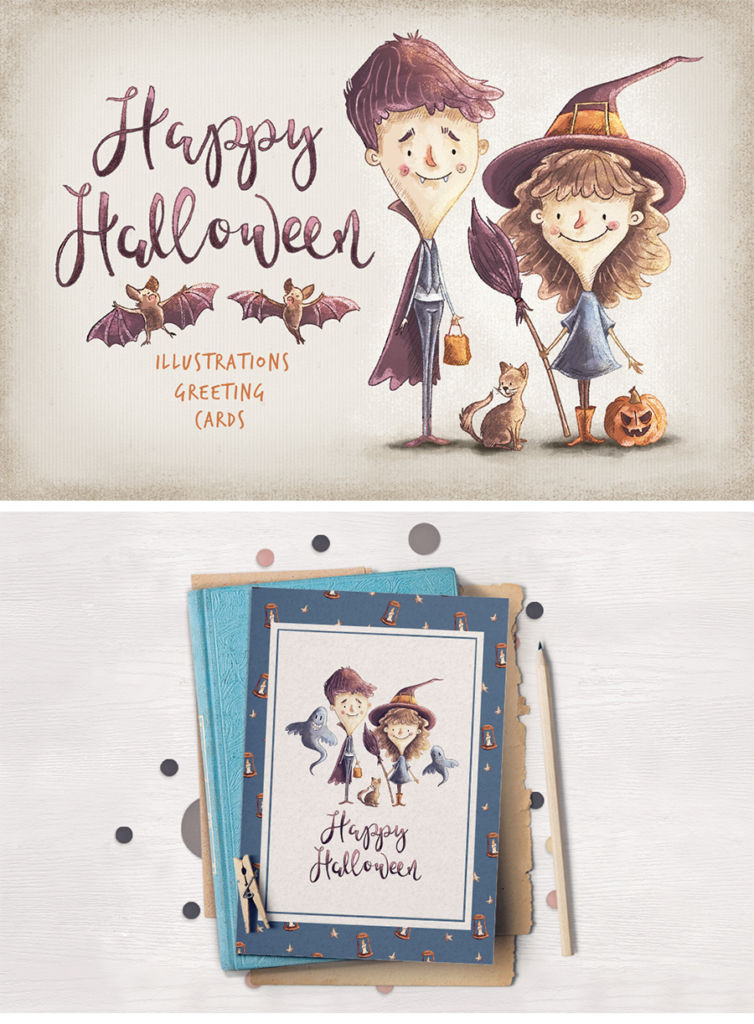 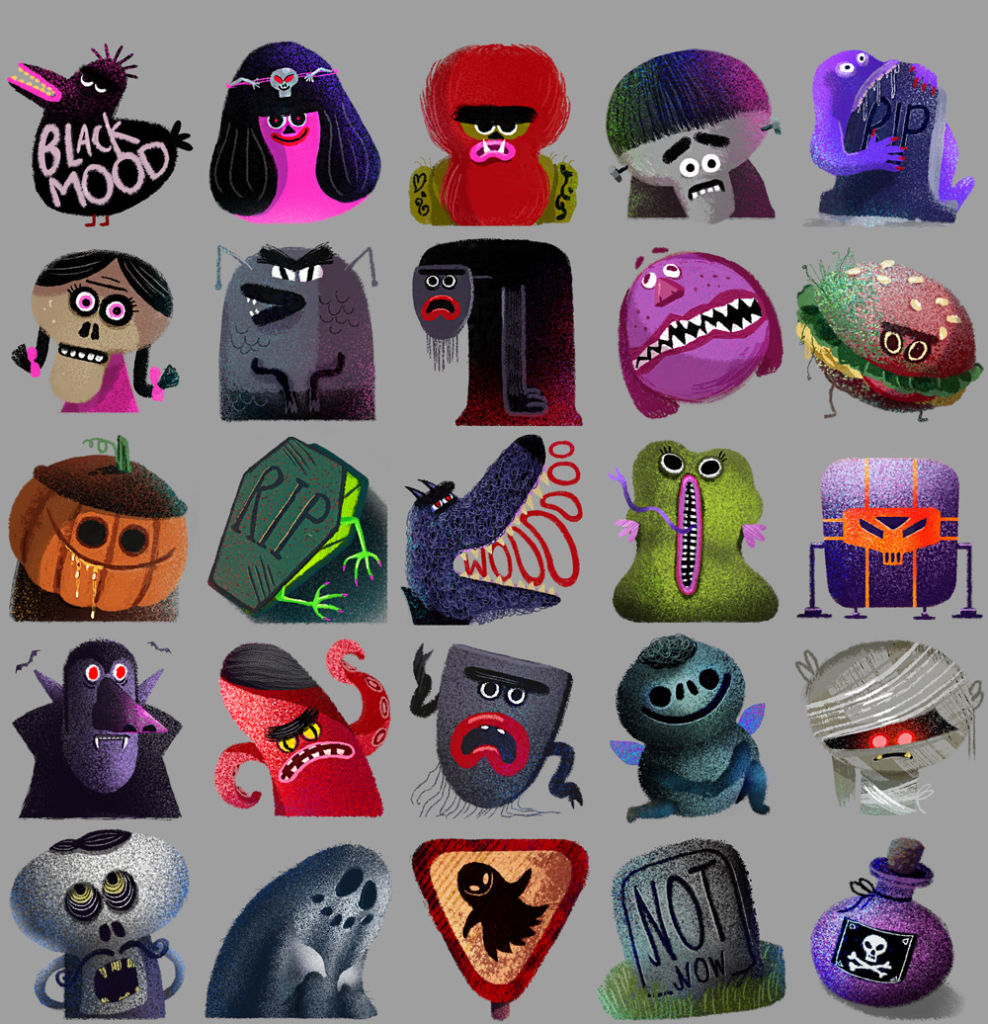 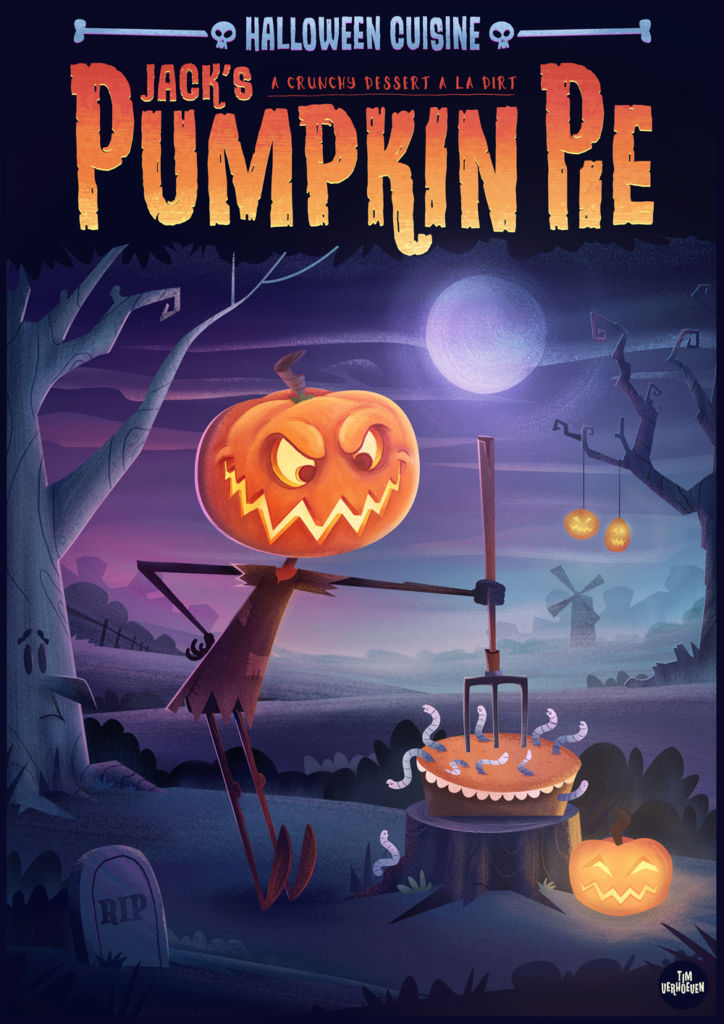 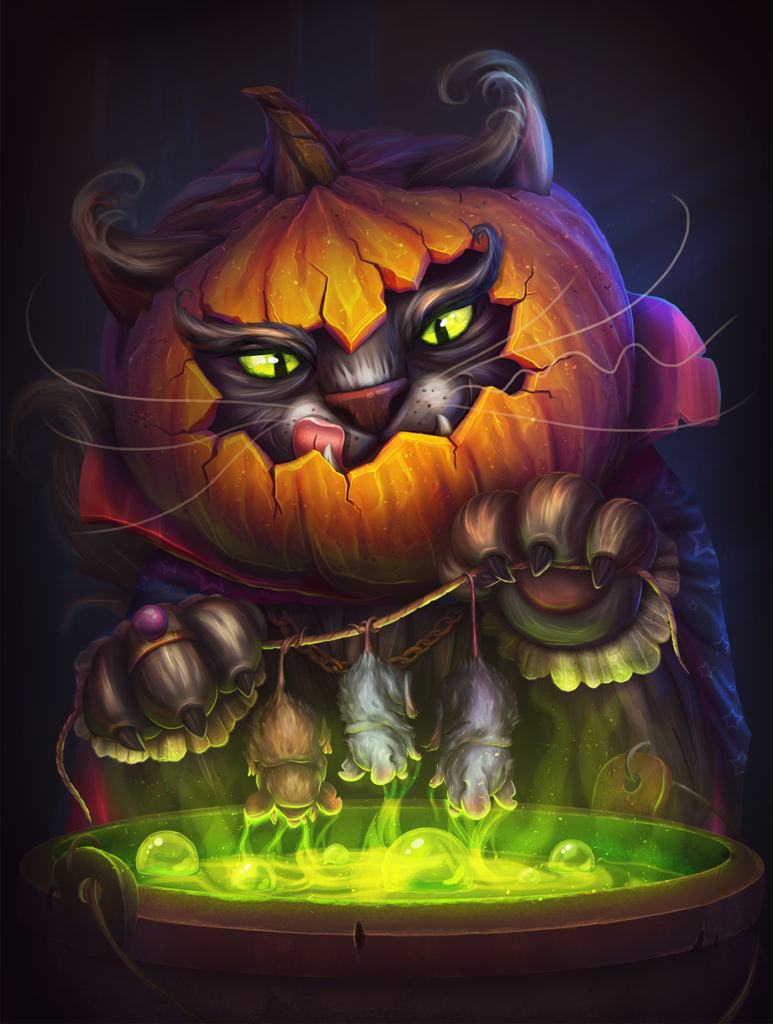 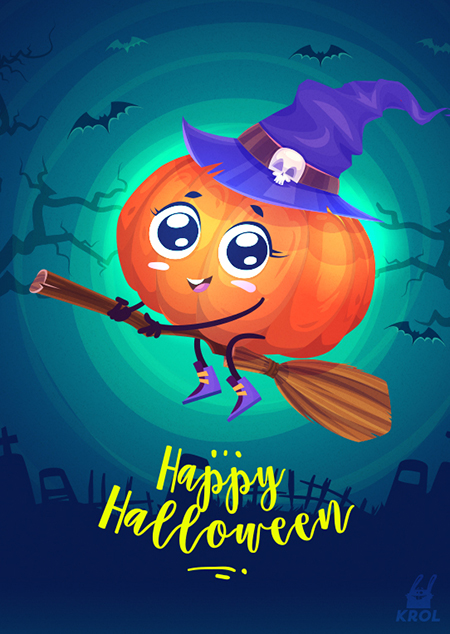 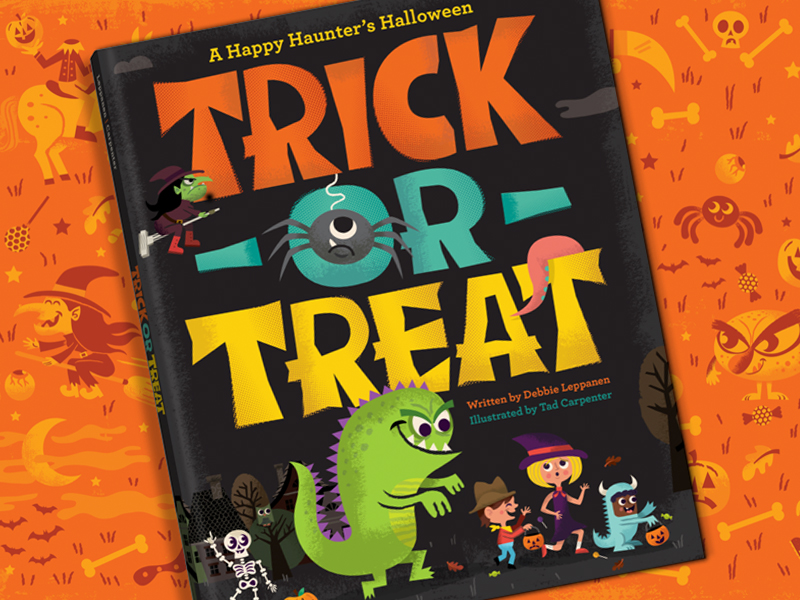 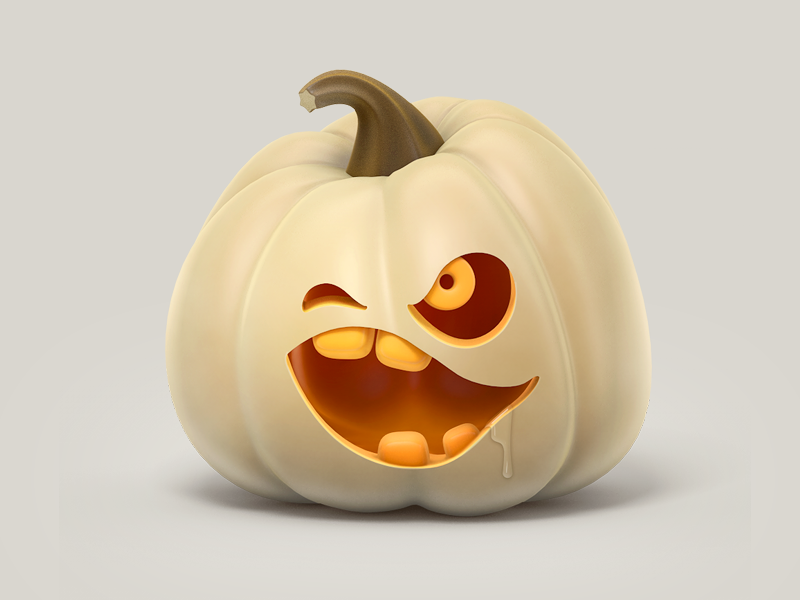 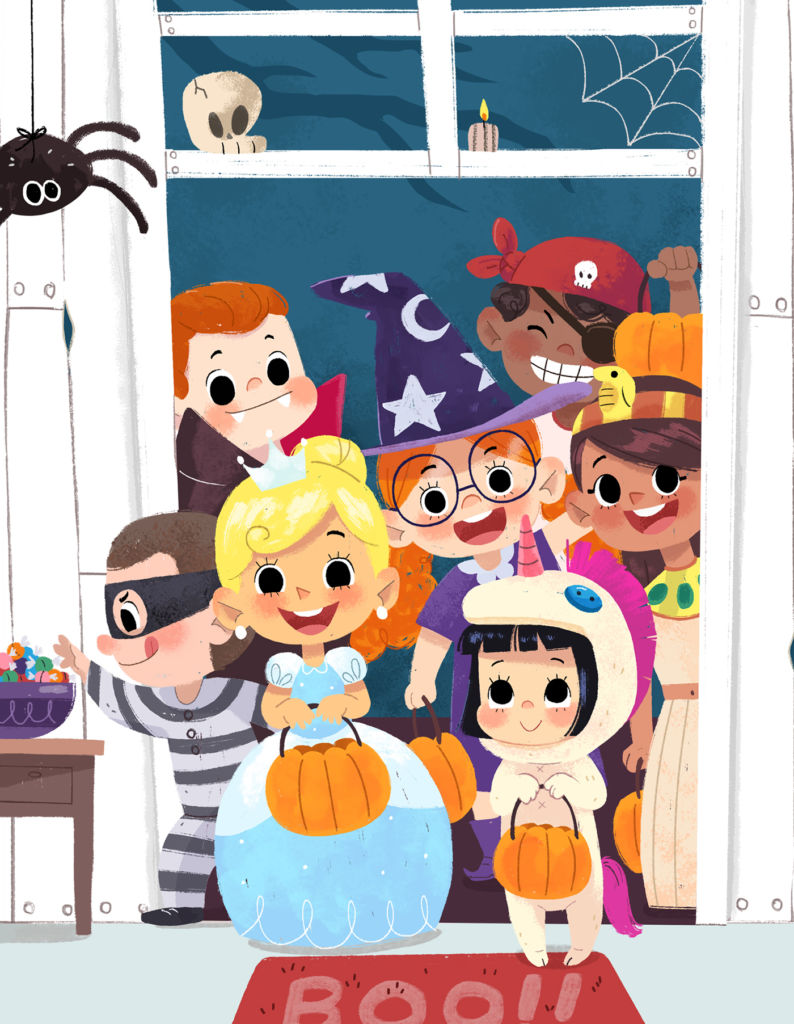 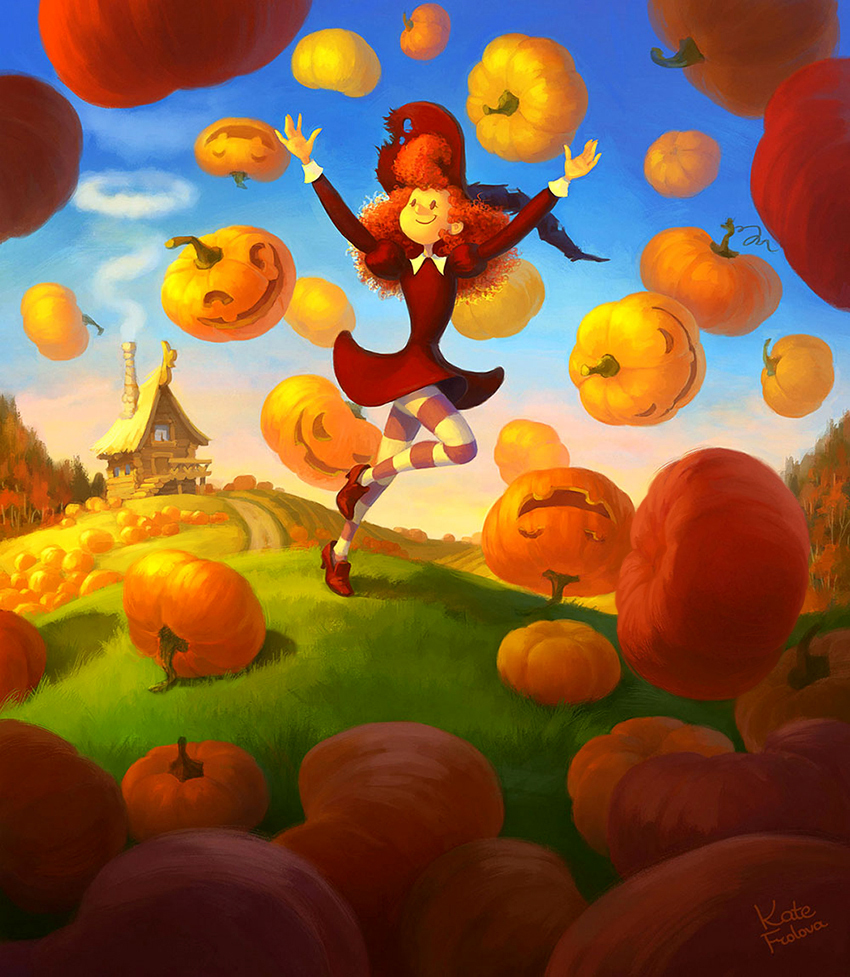 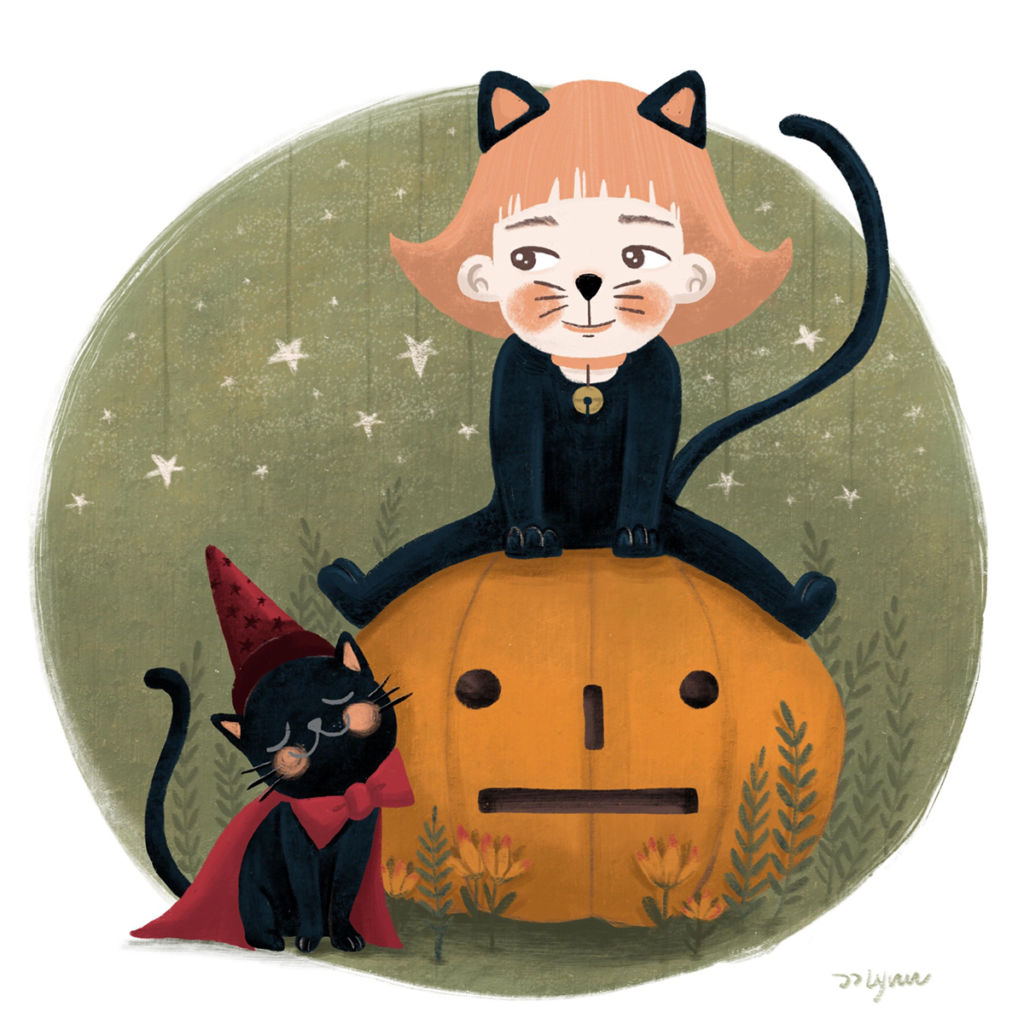 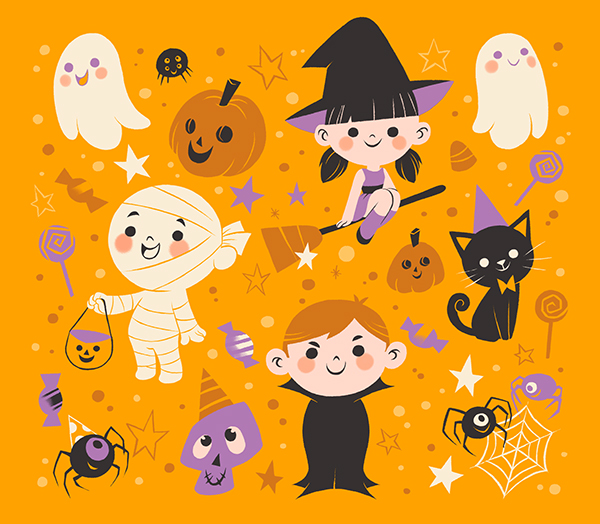 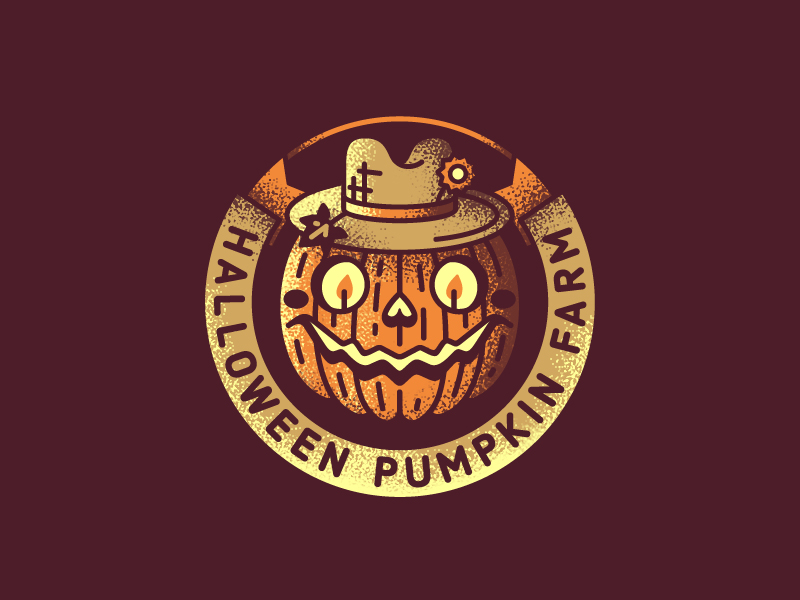 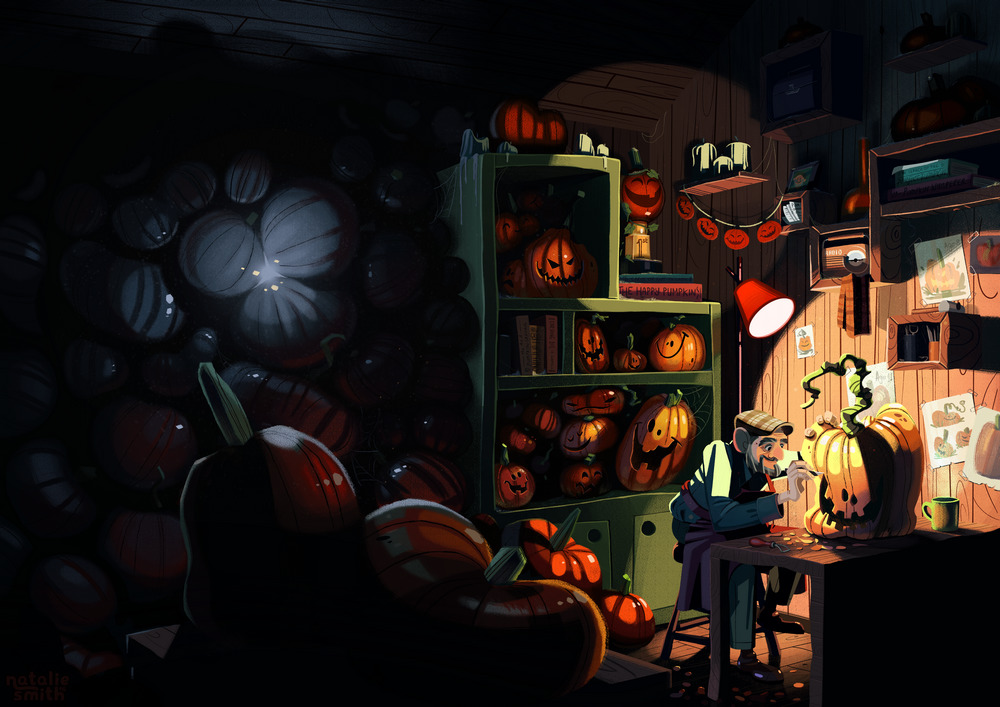 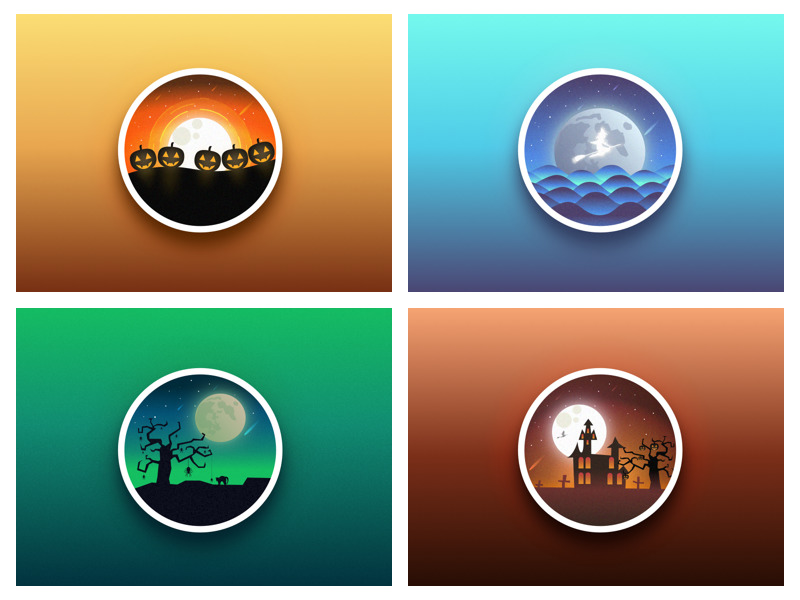 Bright and shaky Halloween to you! If you don’t want to miss the fresh collections and posts for your inspiration, join the friendly community of our subscribers and get the updates immediately in your inbox. And if you think we missed some works really worth reviewing, let us know via Facebook or Twitter and we will consider presenting them to readers and viewers. Stay tuned!