Creativity is definitely an integral part of any designer’s life. Although the design tasks can be artistic or technical, repetitive or challenging, visual or functional, still, most of them will demand a creative approach and original thinking. In most cases, the design is a job showing how different problems could be solved by means of creative search and experiments.

No secret, the word creativity is often associated primarily with something close to the art of any kind – visual, verbal, musical, etc. However, going back to the roots, we’ll see that the word “create” coming from Latin creare “to make, bring forth, produce” can somehow associate with anything people do for global and personal progress, so creativity goes far beyond arts and crafts. The term is applicable to any sphere of human activity whose outcome is something originally solving problems or responding to life issues. Today, for the fresh issue of the D4U Inspiration section, we have collected a new set of quotes providing some insights into the phenomenon of creativity. These are the wise and witty thoughts by creative people, successful and recognized in various spheres of life, from design and arts to writing, eloquence, and business. So, enjoy and get inspired, creatives! 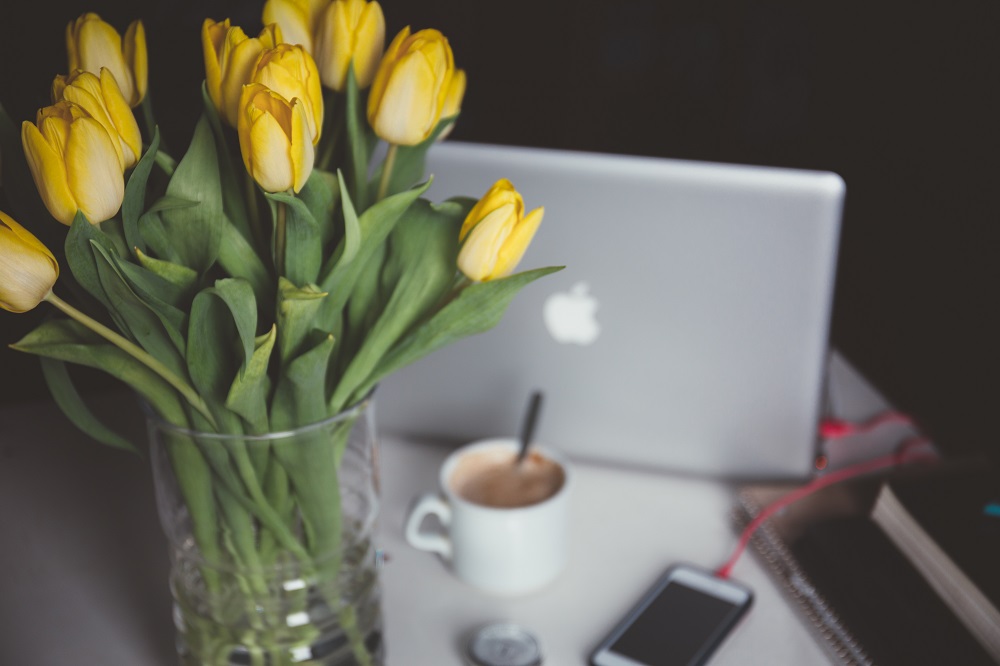 The creative person wants to be a know-it-all. He wants to know about all kinds of things: ancient history, nineteenth-century mathematics, current manufacturing techniques, flower arranging, and hog futures. Because he never knows when these ideas might come together to form a new idea. It may happen six minutes later or six months, or six years down the road. But he has faith that it will happen. (Carl Ally)

Creativity is just connecting things. When you ask creative people how they did something, they feel a little guilty because they didn’t really do it, they just saw something. It seemed obvious to them after a while. That’s because they were able to connect experiences they’ve had and synthesize new things. (Steve Jobs) 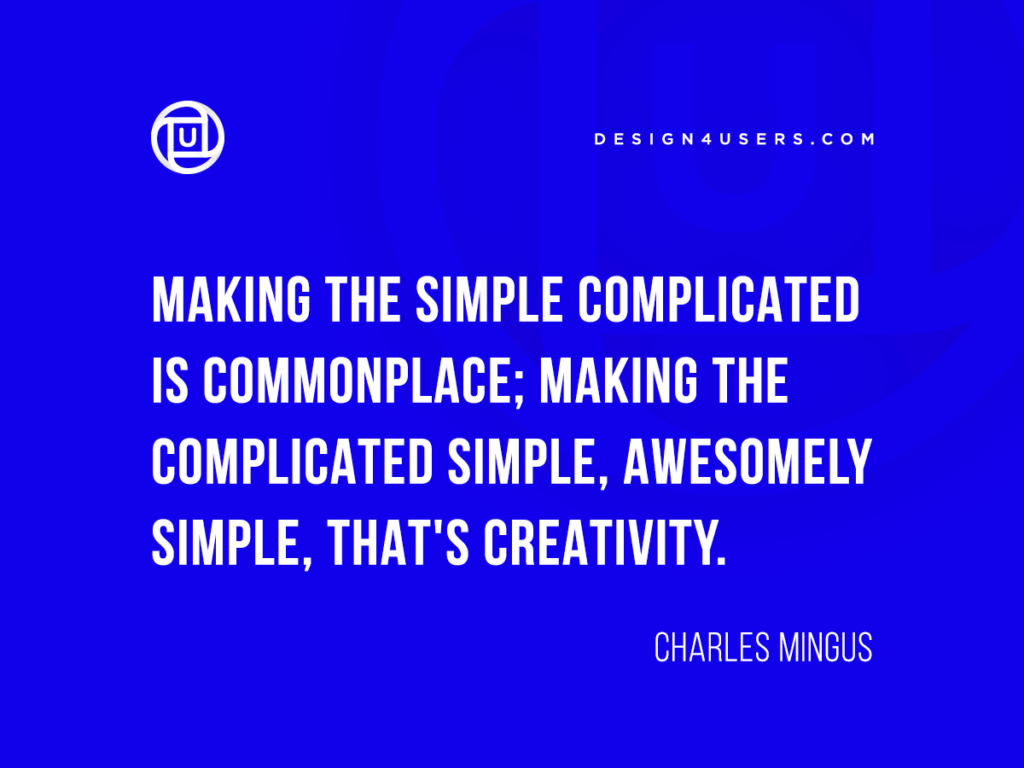 Creativity is allowing yourself to make mistakes. Art is knowing which ones to keep. (Scott Adams)

Creativity is not just for artists. It’s for businesspeople looking for a new way to close a sale; it’s for engineers trying to solve a problem; it’s for parents who want their children to see the world in more than one way. (Twyla Tharp)

You can’t use up creativity. The more you use, the more you have. (Maya Angelou) 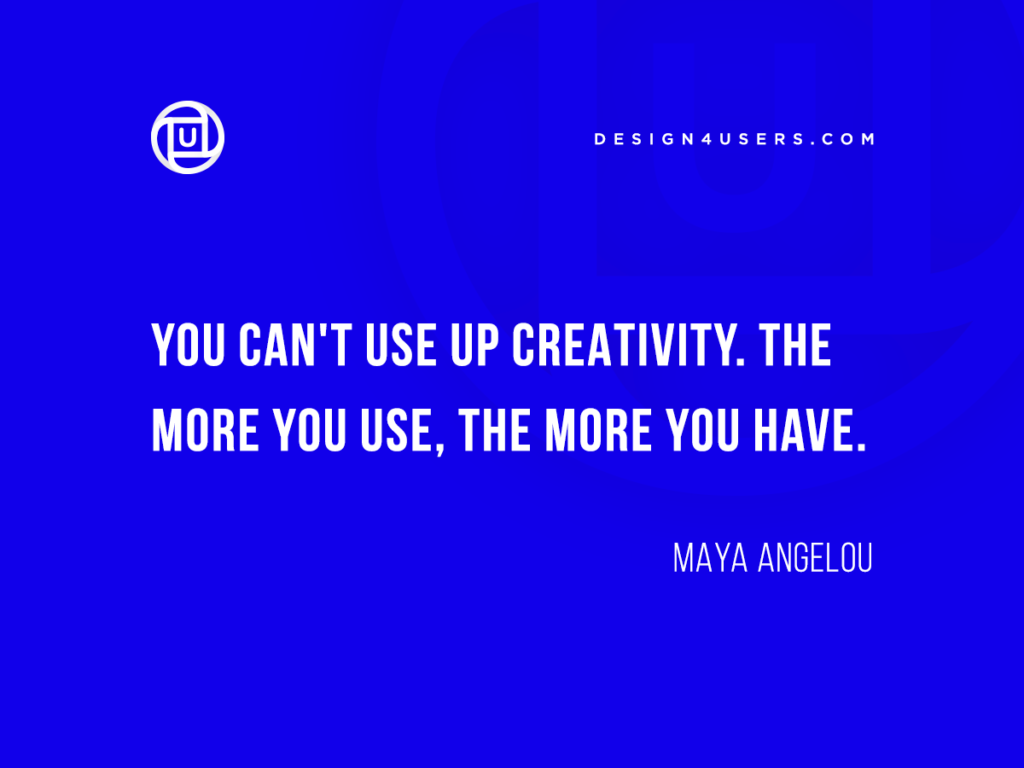 You have to be burning with an idea, or a problem, or a wrong that you want to right. If you’re not passionate enough from the start, you’ll never stick it out. (Steve Jobs)

Creativity involves breaking out of established patterns in order to look at things in a different way. (Edward de Bono)

Make an empty space in any corner of your mind, and creativity will instantly fill it. (Dee Hock)

There are painters who transform the sun to a yellow spot, but there are others who with the help of their art and their intelligence, transform a yellow spot into sun. (Pablo Picasso) 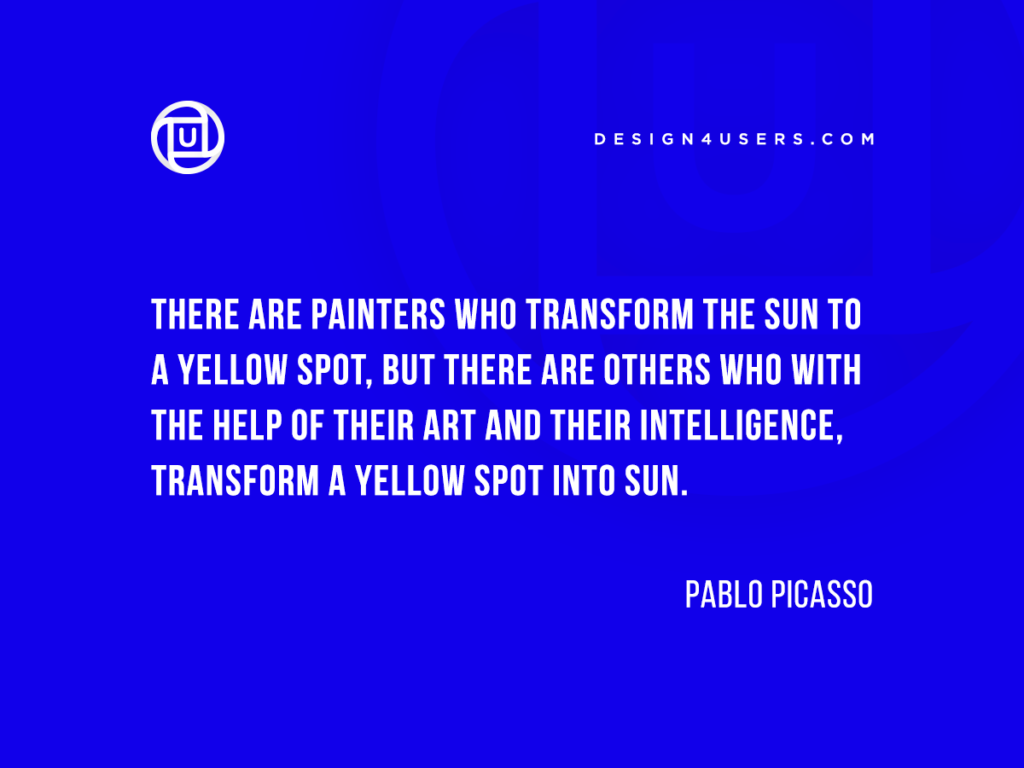 An essential aspect of creativity is not being afraid to fail. (Edwin Land)

Creativity is a gift. It doesn’t come through if the air is cluttered. (John Lennon) 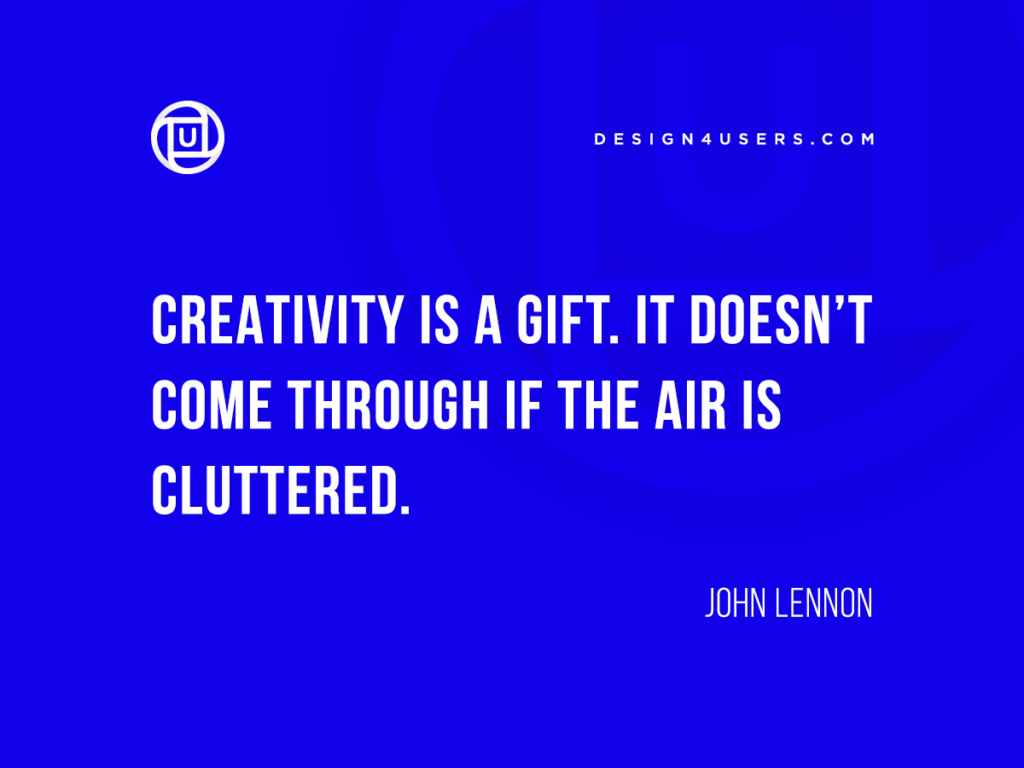 Don’t think about making art, just get it done. Let everyone else decide if it’s good or bad, whether they love it or hate it. While they are deciding, make even more art. (Andy Warhol)

That’s the great secret of creativity. You treat ideas like cats: you make them follow you. (Ray Bradbury) 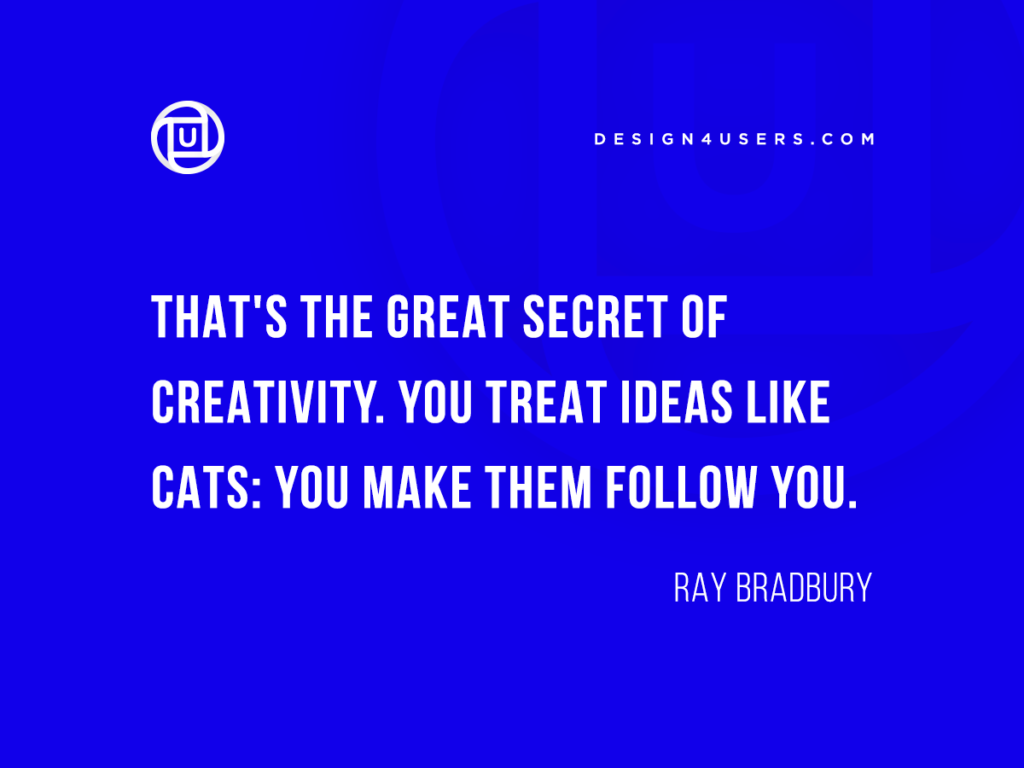 Curiosity about life in all of its aspects, I think, is still the secret of great creative people. (Leo Burnett)

There is no doubt that creativity is the most important human resource of all. Without creativity, there would be no progress, and we would be forever repeating the same patterns. (Edward de Bono)

Imagination is the beginning of creation. You imagine what you desire, you will what you imagine, and at last, you create what you will. (George Bernard Shaw)

There are no formulas in creative work. I do many variations, which is a question of curiosity. I arrive at many different configurations – some just slight variations, others more radical – of an original idea. It is a game of evolution. (Paul Rand)

Creativity is a wild mind and a disciplined eye. (Dorothy Parker)

Any activity becomes creative when the doer cares about doing it right or better. (John Updike)

Creativity is a type of learning process where teacher and pupil are located in the same individual. (Arthur Koestler) 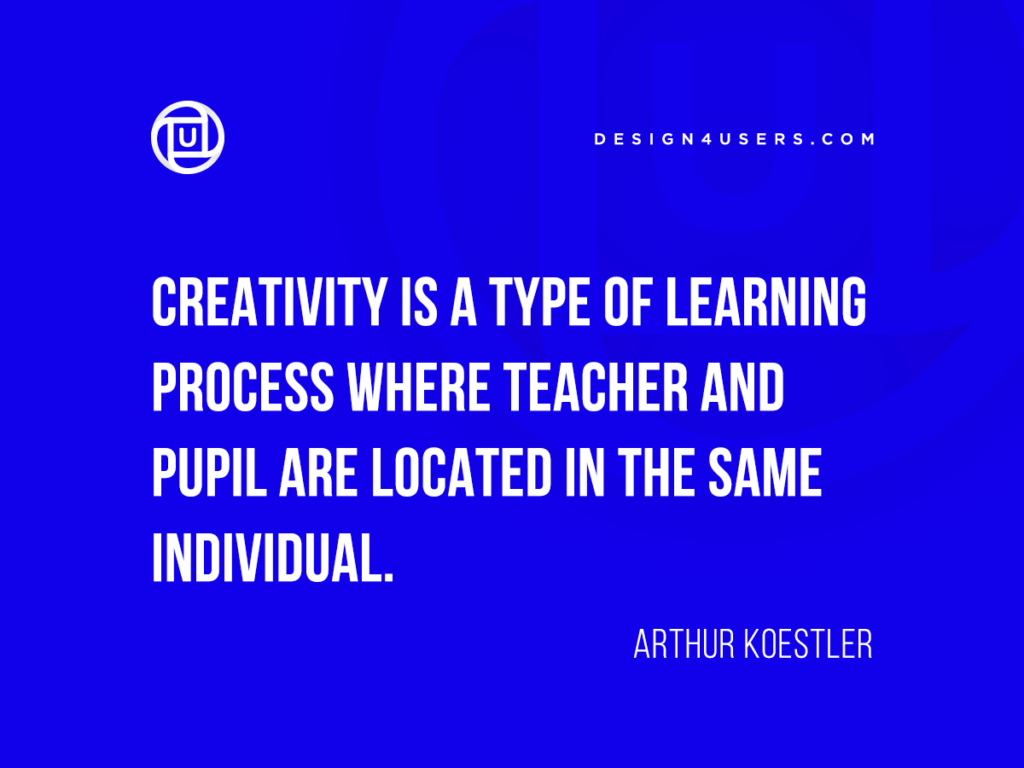 You cannot discover new oceans unless you have the courage to lose sight of the shore. (Andre Gide)

Inspiration exists, but it has to find you working. (Pablo Picasso) 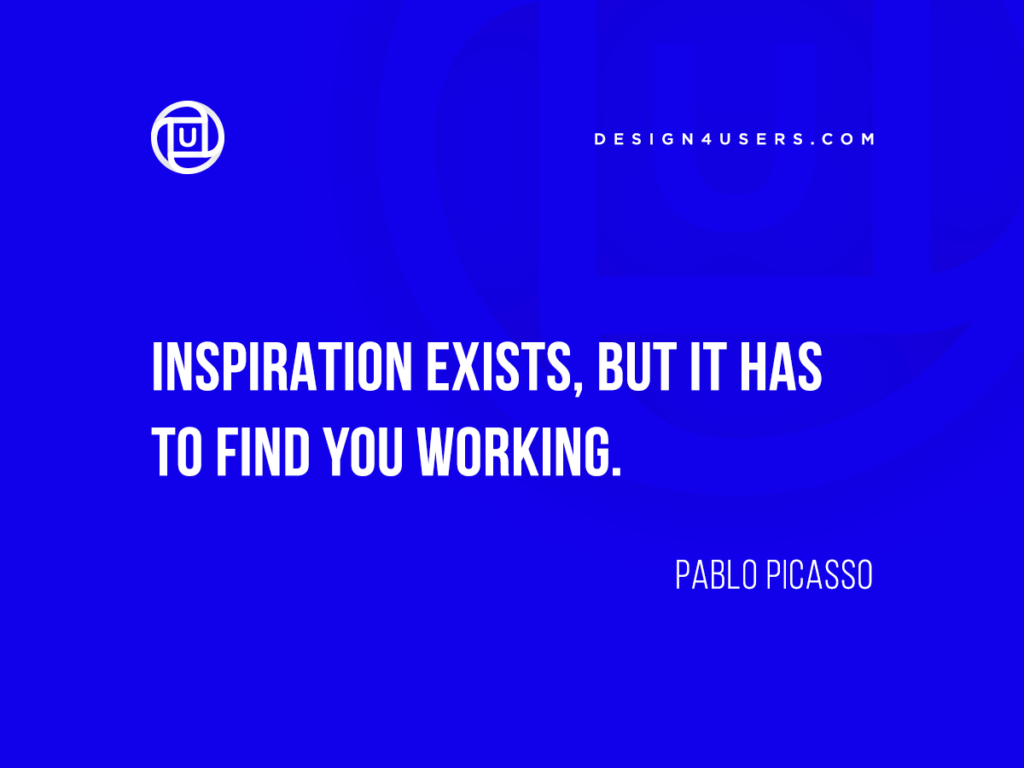