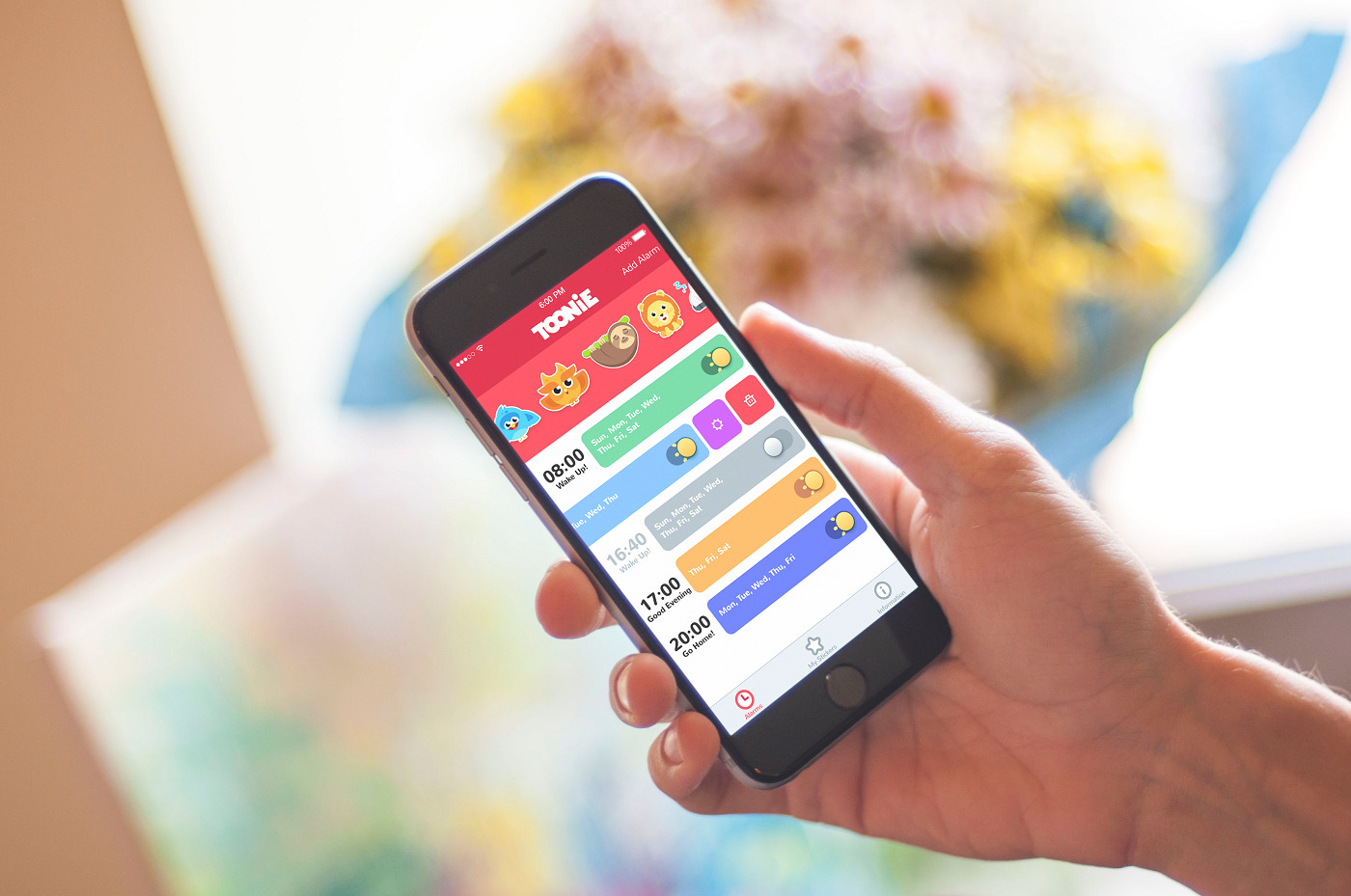 Designing a product for everyday use, it is vital to ground it on the thorough market research, thought-out design presentation, and deep analysis of the target audience. No wonder: the stuff like note-apps, alarms, to-do lists, calculators, calendars, and the like surround users in their everyday life, help in common situations and sometimes add color to the routine. Designers working on diverse projects at Tubik Studio have checked that well and now would like to present you the case telling the design story of the brand new alarm app for iOS called Toonie Alarm. 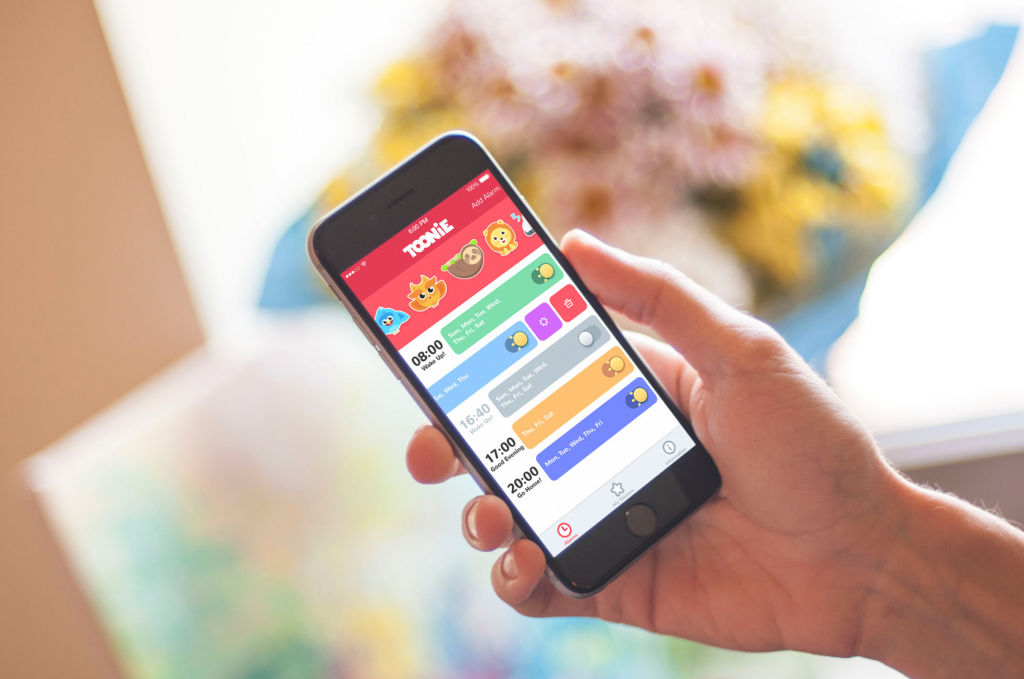 Full-cycle UI/UX design for the simple and engaging alarm app for iPhones.

The design process for this case was different from typical ones in the studio as before it we had worked more on outsource projects which means that creating initial product concept and setting the task was done mainly by the client’s side. The process for Toonie Alarm took the other direction and gave us what it was set for: the feeling of the full product creation process from the very first steps. We had to set the idea and test its competitive potential, establish its USP and marketing plan, branding and usability foundation, and all the other stuff like this.

Initially, the idea behind the app was to create a simple alarm clock with an attractive design and consistent element of motivation and support for such a basic and often far-from-pleasant process as waking up. The basic brand image was set as fun, cute, bright, and cheerful, and marketing research supported this concept with the analysis of competition and ideas on adding original features to the app.

User research and analysis enabled the team to form the USP for the product on the basis of the following set of key features:

Let’s look over the details of UI created by designers.

In one of our previous articles, we have already mentioned the great role of mascots in branding and UI design. As for Toonie Alarm, the idea of applying the mascot was set almost instantly as a mascot is not only a sort of communicator between interface and user but also a great representative of the brand able to enhance its recognizability. Moreover, it has a great impact on easily establishing the voice and tone of the product, creating the feeling of natural communication, and supporting the mood. That was the point when Toonie was born to be a funny cheerful bird, whose mission is to make the world brighter and help users to interact with the alarm. It informs users about news, rewards, errors, and just adds some fun and color to everyday life. 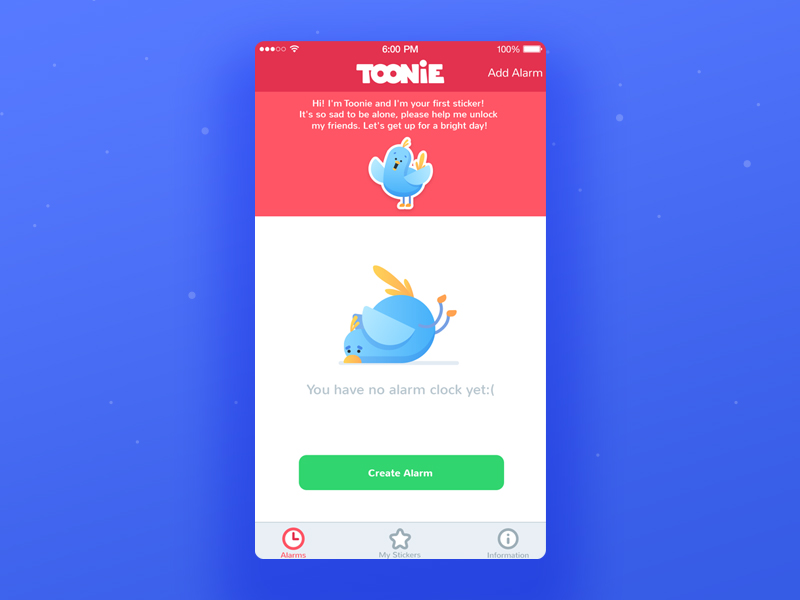 App tutorial is an important part of the interface which helps users to get informed on the basic interactions. In Toonie Alarm it consists of three screens that tell the user about the functionality of the app. Small concise copy blocks are supported by smooth and pleasant animation of transitions to create the feeling of integrity and cheerful mascot featured as the consistent element and the center of the screen graphic composition.

The home screen shows the alarms which user already set for a particular time and days and the tab with funny stickers already collected for waking up. Active alarms toggles feature the animated sun. The left swipe opens active options for the particular alarm. 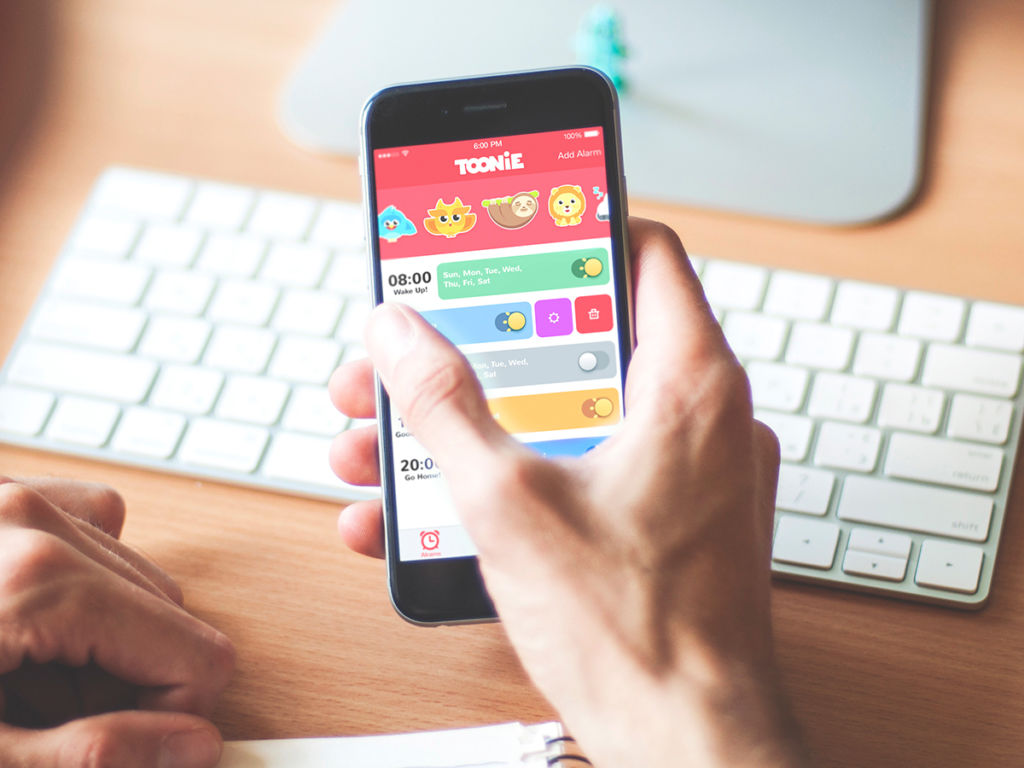 Various stickers become the reward for waking up at a particular period. Moreover, waking up several times at this time, users can level up their stickers and enrich their collection. All the stickers can be shared to social networks to mark users’ achievements. 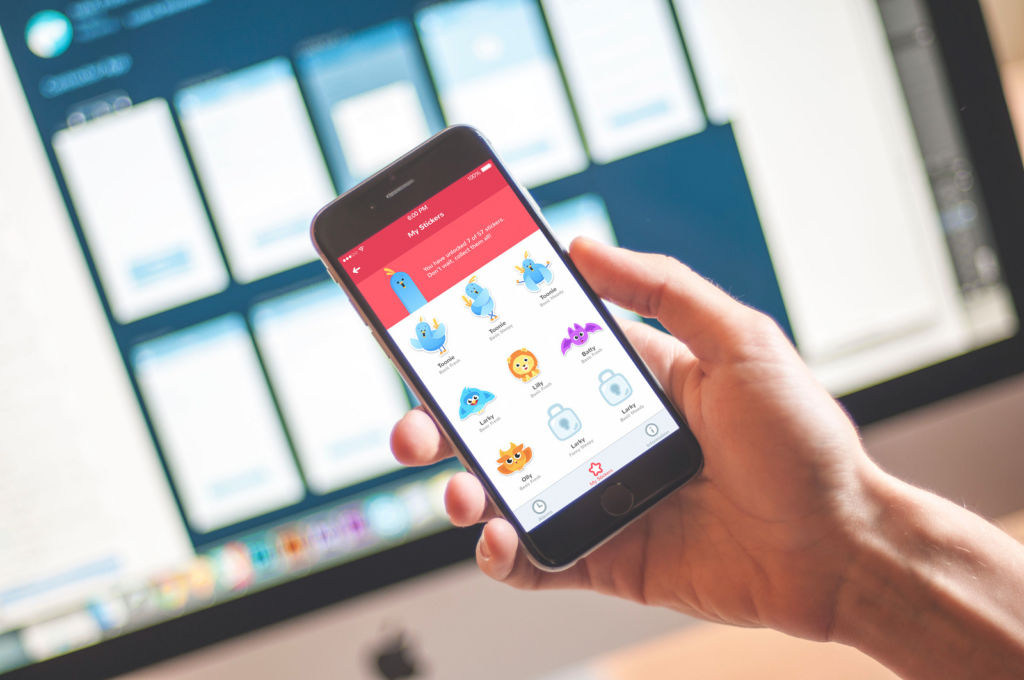 Another prominent feature of the app is the animated time picker. The app has simple navigation and nice motion makes it even more intuitive. Picking time for the alarm, users can enjoy animated march of night and day.

Logo design keeps the style of lettering associated with fun and entertainment and creating a harmonic link to the fonts typical for cute cartoons.

To catch more details and see the interactions with the app in real, welcome to review the video guide on Toonie Alarm.

You can also review the presentation of the Toonie Alarm design on Behance or check the full pack of the details via Toonie Press Kit.