Inspiring TED-Talks for Graphic Designers The fresh collection of inspiring and informative TED-talks, this time focused on the issues of typography, book design and graphic art. 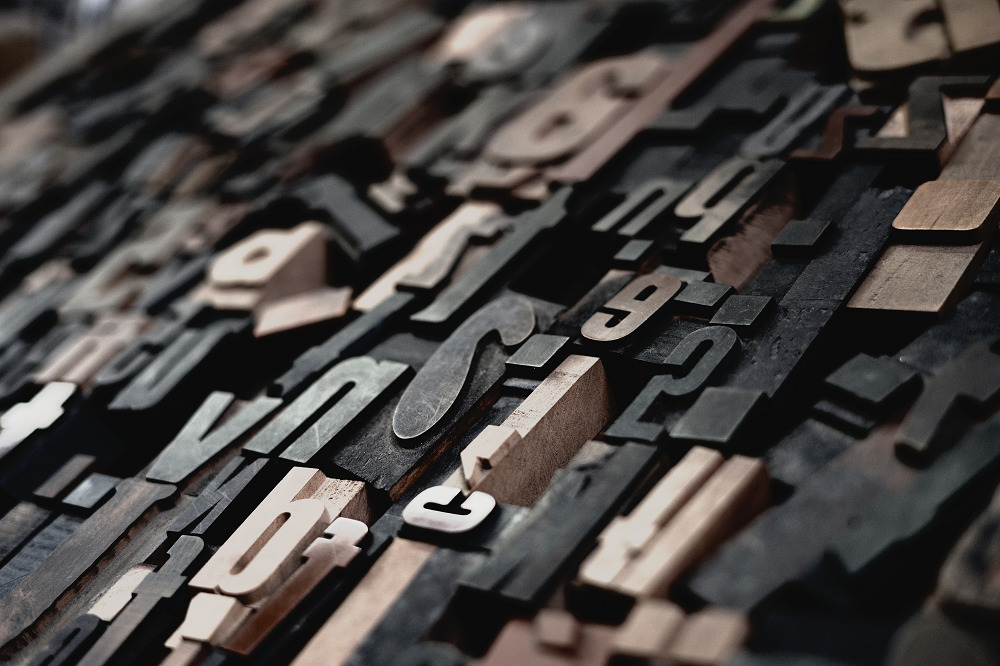 It’s not a secret how diverse and influential is graphic design nowadays. It covers multiple purposes and serves a great deal of diverse spheres of human life and activity. Today it is enhanced and strengthened by broad opportunities of modern technologies, but new generations of the best designers keep following the roots and getting inspired by the experts.

One of the productive and highly professional ways to inspiration is TED. Perhaps you remember the collections we have already suggested watching: 20 TED talks for designers about diverse design issues and 10 TED-talks for creatives from different spheres. Today we’re going to recommend you a new set of informative and insightful TED and TEDx-talks presented by recognized international experts.

Here is the collection of 10 TED-talks all with the descriptions given on the TED website or YouTube presentations. This time they are focused on the issues of graphic design. Most of them are already classic, sometimes even could be called legendary, and that makes them even more precious as they have been successfully checked with time and practice. The ability to analyze take the best from the past usually broadens the creative horizons and becomes a solid foundation for innovative thinking. So, enjoy watching and feel the energy of great masters!

My life in typefaces by Matthew Carter

Pick up a book, magazine or screen, and more than likely you’ll come across some typography designed by Matthew Carter. In this charming talk, the man behind typefaces such as Verdana, Georgia and Bell Centennial (designed just for phone books — remember them?), takes us on a spin through a career focused on the very last pixel of each letter of a font.

In graphic design, Marian Bantjes says, throwing your individuality into a project is heresy. She explains how she built her career doing just that, bringing her signature delicate illustrations to storefronts, valentines and even genetic diagrams.

Book designer Chip Kidd knows all too well how often we judge things by first appearances. In this hilarious, fast-paced talk, he explains the two techniques designers use to communicate instantly — clarity and mystery — and when, why and how they work. He celebrates beautiful, useful pieces of design, skewers less successful work, and shares the thinking behind some of his own iconic book covers.

Designing books is no laughing matter. OK, it is. by Chip Kidd

Chip Kidd doesn’t judge books by their cover, he creates covers that embody the book — and he does it with a wicked sense of humor. In one of the funniest talks from TED2012, he shows the art and deep thought of his cover designs. This talk is from The Design Studio session at TED2012, guest-curated by Chee Pearlman and David Rockwell.

Can design save newspapers? by Jacek Utko

Jacek Utko is an extraordinary Polish newspaper designer whose redesigns for papers in Eastern Europe not only win awards, but increase circulation by up to 100%. Can good design save the newspaper? It just might.

Why write? Penmanship for the 21st Century by Jake Weidmann

What is the future of writing in the digital age, and why does it matter? In this surprising talk, Master Penman Jake Weidmann explores the connections between the pen and how we learn, think, and carry our cultural heritage at a time when the very act of writing is being dropped from school curricula across the country.

Jake Weidmann became the youngest person to receive his Master Penman certificate in July 2011. He works across several mediums including drawing in pencil and charcoal; pen and ink; painting in acrylic, airbrush, oil and gouache; sculpting in wood, bone, antler and clay; and is versed in numerous forms of calligraphy. He is best known for the integration of flourishing and hand- lettering in his art. Jake also designs his own hand-made pens. He, like his pens, travels the globe, reintroducing this Old World art form and cultivating its relevance in the world of today, of tomorrow, and forevermore.

The beauty of data visualization by David McCandless

David McCandless turns complex data sets (like worldwide military spending, media buzz, Facebook status updates) into beautiful, simple diagrams that tease out unseen patterns and connections. Good design, he suggests, is the best way to navigate information glut — and it may just change the way we see the world.

Wake up & smell the fonts by Sarah Hyndman

Sarah shares with us a story of type and invites us to consider our emotional response to the printed word. Each font/typeface has a personality that influences our interpretation of the words we read by evoking our emotions and setting the scene. We all understand this instinctively but it happens on a subconscious level. Sarah shows us that conscious awareness of the emotional life of fonts can be entertaining and ultimately give us more control over the decisions we make.

Designer Sarah Hyndman explores typography as we experience it in our every day lives under the banner of Type Tasting. Since the launch in 2013 she’s curated an exhibition at the V&A for the London Design Festival, been interviewed on Radio 4’s Today, taken Type Tasting to South by Southwest in Austin, Texas and has been commissioned to write a book.

Sarah has been a graphic designer for over 15 years, working in agencies before setting up design company With Relish. After studying an MA in Typo/Graphics at the London College of Communication she was invited back as a guest tutor.

Typography – now you see it by Shelley Gruendler

Dr Shelley Gruendler is a typographer, designer, and educator who teaches, lectures, and publishes internationally on typography and design. When she is not traveling the world as the founding director of Type Camp International, she is proud to live in the Canadian Typographic Archipelago.

The art of kinetic typography by Dan Boyarski

Dan Boyarski is professor and former head of the School of Design at Carnegie Mellon University, where he has been for thirty-two years. His interests lie in visualizing complex information, interface and interaction design, and how word, image, sound, and movement may be combined for effective communication. In the spring of 1999, the Design Management Institute awarded Dan the Muriel Cooper Prize for “outstanding achievement in advancing design, technology, and communications in the digital environment.”

Check out the updates here, new collections of wise creative thoughts are already around the corner!

https://design4users.com/inspiring-ted-talks-for-graphic-designers/ 2020-10-21 © by Marina Yalanska , 2016-11-02
Share this content:
book designcreativitydesigndesign expertexpertgraphic designinspirationTEDTED-talktypography
book design, creativity, design, design expert, expert, graphic design, inspiration, TED, TED-talk, typography,
You might also like
Animated Logo: Dynamic Way to Present a Brand The collection of animated logos and a brief review of their benefits for digital marketing: see how motion can be elegantly used in design for branding. Read more 2017.07.07
Music in the Hearts. UI Designs for Music Apps The collection of diverse UI design concepts for music streaming applications: check the variety of players, catch the vibe and get inspired. Read more 2017.09.04
20+ Bright Digital Artworks Capturing Summer Moments Enjoy a new set of digital artworks capturing summer beauty, warmed up with the sun, salted with sea and keeping the spirit of holidays. Read more 2021.07.20
✖